Benfica will host Pacos de Ferreira on Tuesday with the goal of extending their winning streak to four games in the new Primeira Liga season.

Benfica made their comeback to the Primeira Liga and easily defeated Boavista 3-0. Roger Schmidt's team has won its first three Primeira Liga games for the third consecutive season, scoring eight goals and maintaining three clean sheets in that span. They were placed in Group H of the continental championship alongside Maccabi Haifa, Juventus, and Paris Saint-Germain. 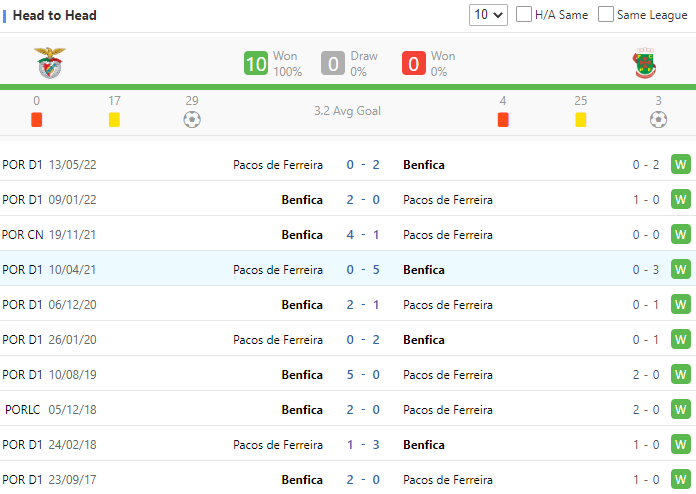 Pacos de Ferreira lost to Estoril Praia 3-0 at home last Friday, leaving them empty-handed once more. Prior to that, they began their 2022–23 season with a 1-0 loss away to Gil Vicente in their league debut before being destroyed 3-0 by a furious Portimonense team the following week.

As their upcoming assignment pits them against a struggling Pacos de Ferreira team that has struggled to start the new season, Benfica will be licking their lips. I predict Benfica will win easily in front of their home crowd, based on recent results between the teams as well as the disparity in morale and talent between the two squads.