The seventh and tenth of Liga Portugal 1 will have a game at Estadio D. Afonso Henriques on Monday.

They get 2W-1L this season, ranking seventh at the table of the League. It is a pity that their winning streak is ended by Portimonense in the last game.

They are the newly-promoted this season. They recently defeated Boavista FC on a neutral ground to get their first victory of the year, which gives them a lot of motivation. They appear to be adjusting to the League rhyme. 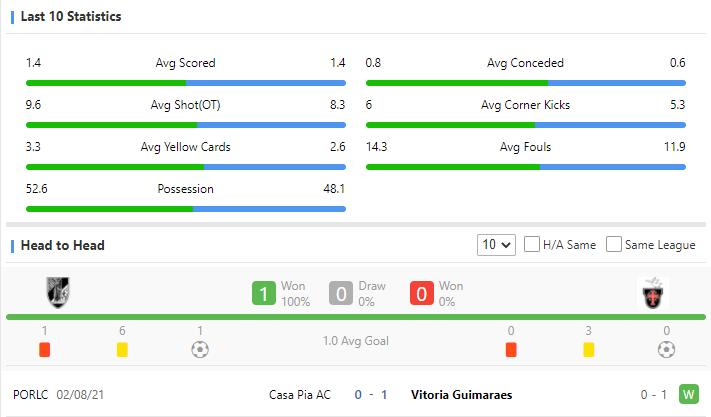 The last time they met was in Portugal League Cup, 2021. Guimaraes defeated Casa Pia 0-1 at that time. We expect that Guimaraes will win in the upcoming match.