FC Groningen arrive at Goffertstadion on Friday for the Eredivisie showdown with home team NEC.

It has been seldom in recent games where NEC have kept a clean sheet. In fact, NEC have been scored against in 5 of their previous 6 clashes, shipping 7 goals during that time. That trend might not be continued into this next game, however. 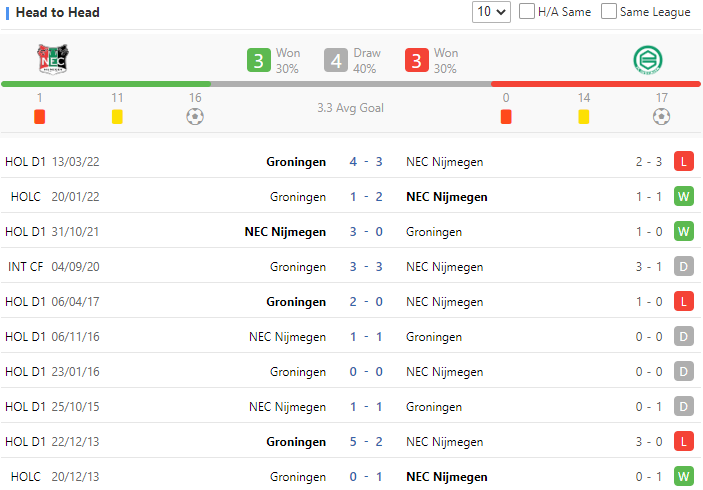 We’re inclined to think that FC Groningen will have to play well to breach the defence of this NEC team who we reckon will score at least once to gain the upper hand. That’s why our selection here is for a highly competitive game with a 1-0 advantage for NEC after 90 minutes.