Regensburg journey to Merkur Spiel-Arena on Friday for the Bundesliga 2 fixture with home side Fortuna Dusseldorf. 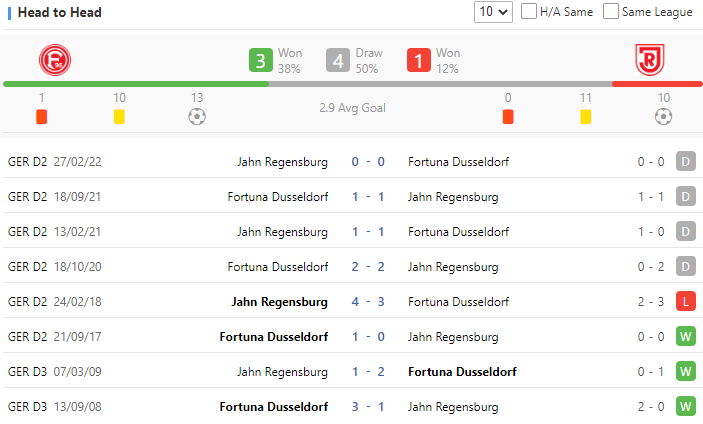 The trend of at least one team not managing to score in games involving Regensburg has been apparent in recent matches. Looking at their last 6 outings shows that it’s occurred 5 times. During these clashes, their opponents have managed a goal aggregate of 9 while Regensburg have scored 7.

Both teams have been in terrible form this season. The 1x2 first odds is 1.67-3.80-4.75, which means support the home team. Dusseldorf should win this game.