HIFK will travel to Tapiolan Urheilupuisto for Finland Veikkausliga round 19 on Monday.

They are in good shape, as evidenced by their most recent results, where they have lost just once in their last 10 games. Their latest 10 games have resulted in a goal differential of up to 17. They are currently third in the League standings, three points behind first.

On the other hand, HIFK haven't had a victory since July. They failed to score in five of their last eight games because of their poor offensive play. The League table places them at the bottom. 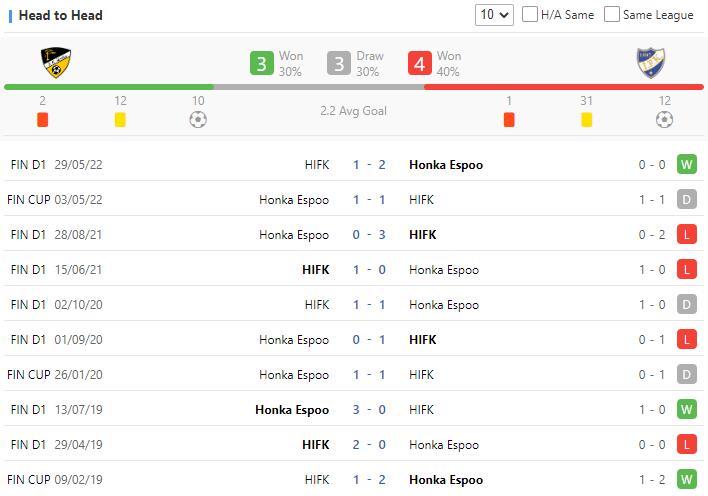 Honka are on a run and competing for the title this season while HIFK are struggling for relegation. Additionally, Honka have the home advantage. Thus Honka will probably win in the coming match.