BK Häcken will be at Studenternas IP on Monday for the Allsvenskan fixture with home side IK Sirius.

IK Sirius go into this match following on from a 0-0 Allsvenskan tied result versus Helsingborgs IF. Daniel Bäckström's IK Sirius have managed to score a sum total of 6 times in their past 6 outings. At the other end, the tally of goals that they have conceded in those fixtures amounts to 6. 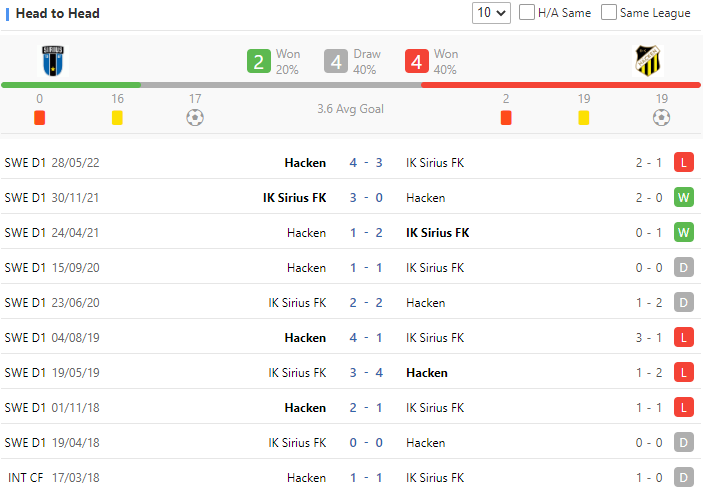 Indicating their partiality to high-scoring matches, goals have been scored 26 times in the previous six games in which BK Häcken have played, giving an average of 4.33 goals each meeting. Their opponents have got 8 from this total.

For this match, we think that IK Sirius are certainly able to get a goal against this BK Häcken side, but one goal may not be enough to avoid a loss. We’re therefore tipping a very close game with a 1-2 win for BK Häcken at the end of the match. We’ll have to see what happens.