Avai FC have claimed a 1-1 away draw against Goias, which has been their fifth straight winless match in the League. Both of their offensive and defensive sides could perform well, and they even have the worse defenses on League with conceding 35 times. 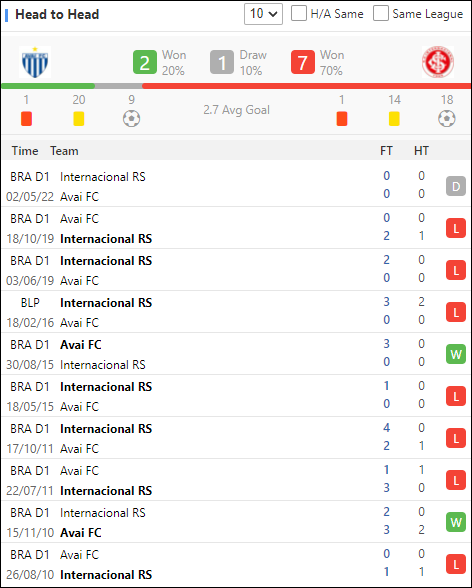 Internacional are coming from a 3-0 home win overFluminense, but they are not playing well away from home since they failed to win any of their last 4 away League games, with scoring only twice in those games.

Internacional RS have got 3 wins and 1 draw in last 4 meetings with Avai FC. Avai could not keep clean shhet in all of their last five matches, I think Internacional could beat their defense and finally win again.