Greuther Furth will play against Kaiserslautern at Sportpark Ronhof Thomas Sommer on Sunday.

They have not got any victory this season yet, ranking fifteenth at the table of the League. Branimir Hrgota, who scored 10 goals for the team in the previous season, has made two assists and two scoring goals. The winning chance will be increased if he’s in the starting line.

Recent games demonstrate their tenacity. They tied with Freiburg in Germany Cup in 90 minutes and allowed only one conceding goal in the last game against Paderborn. They rank tenth at the table of the League. 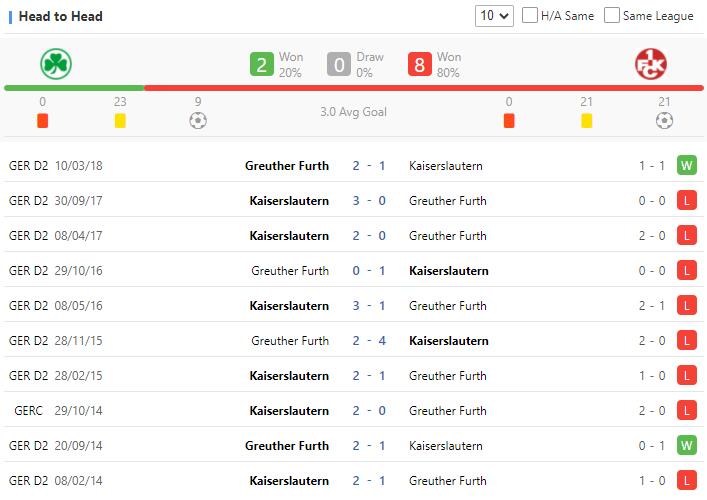 They last interacted in 2018. They will both exercise caution because they are unfamiliar with one another. We predict that the forthcoming game's total goals will be less than 2.75.