The Premier League match at Goodison Park on Saturday sees home side Everton prepare for the visit of opponents, Leeds United.


Everton
Under the legitimate threat of being relegated, Everton are placed 16th in a table of 20, and they have a surplus of just two points over the relegation cut-off. The 2-1 success over Arsenal back in December represents the Toffees only win from their last 14 in the Premier League. In their last outing they suffered a 3-1 lose against Newcastle United. 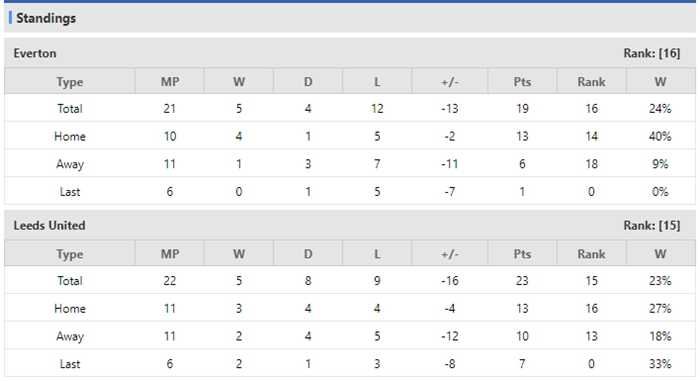 
Prediction
Two teams have both conceded a lot in recent forms. So, both teams to score  should be a good choice to take and a high-scoring affair should be expected.

Football English Premier League Leeds United Everton
(Disclaimer：Any views or opinions presented are solely those of the author and do not necessarily represent those of NowGoal. We disclaim any responsibility and accepts no liability for any direct or indirect loss or damage arising from any inaccuracies.)