Mallorca backline was exceptionally impressive against Athletic Bilbao, and that deserves some accolade. The only weakness that can be seen in their defensive line was left-back Jaume Costa, who has been letting off many lost duels so far, which are converted into chances for the opponent. Talking about creativity and goal-scoring prowess, the only player who can be seen as the one scoring or creating a goal chances on Saturday is midfielder Clement Grenier. Clement Grenier came close to assisting twice against Athletic Bilbao, and if he can keep his head right, he might contribute to a goal come this Saturday. 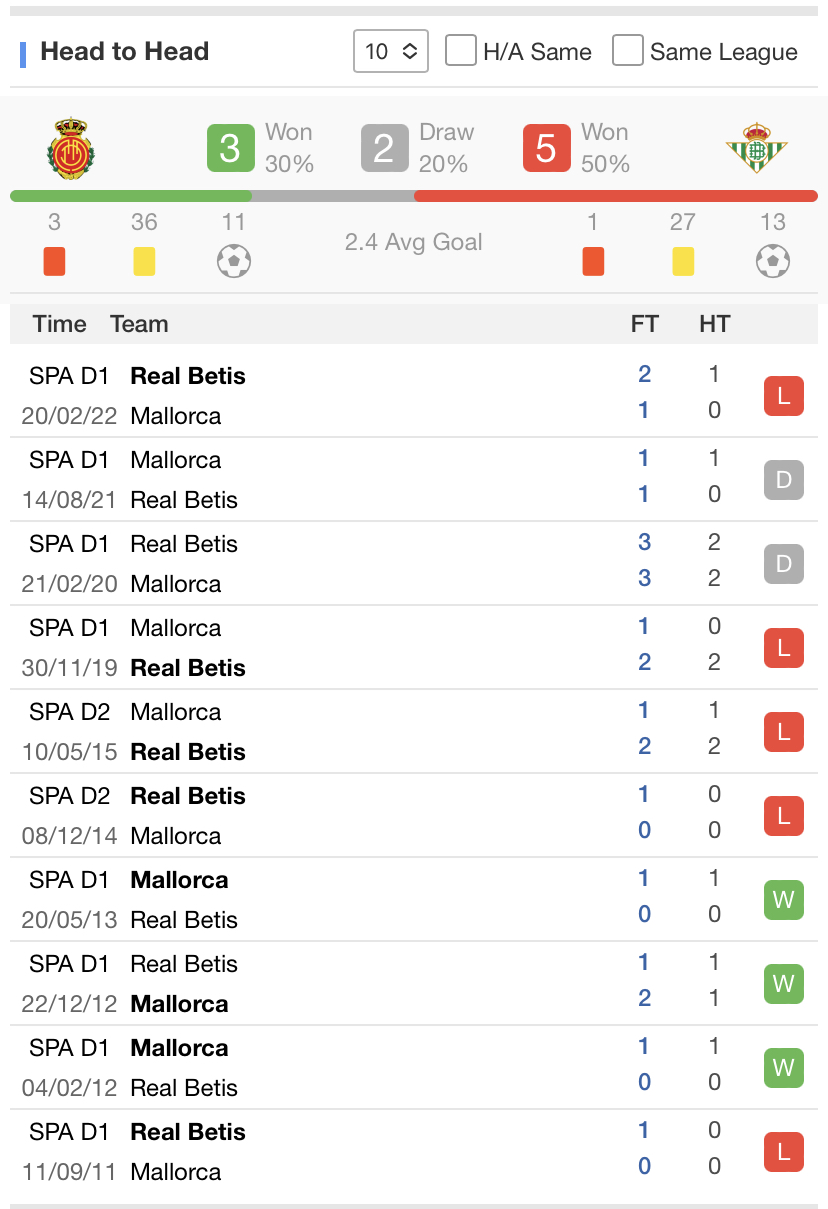 Real Betis would be going to this game with a huge dose of confidence from their 3-0 win over Elche in the previous weekend and although they played against 10 players for the majority of the game, they should have a kick in their step against Mallorca come Saturday. Real Betis have not lost in 4 of their previous meetings with Mallorca, and a third win in five meetings with them could be in the offing here.

Verdict: Two of the last three duel between the both side have ended in draw. Indeed, each of the past four La Liga encounters between the two sides have produced goals at both ends and the head-to-head record in this fixture suggests a stake on BTTS could be worth pursuing again this weekend.