Celta Vigo will play host to Real Madrid in the second round of Spanish LaLiga.

Celta Vigo started their new season with a 2-2 draw at home to Espanyol, which has been their fifth consecutive winless round across all competition recently. But they are dominant at home since they had only lost twice in 11 home games. However, Celta lost all of their last four home games against Real Madrid. 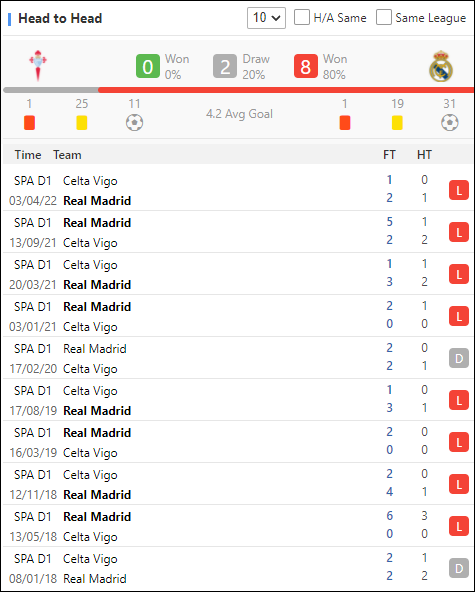 Real Madrid bounced back to defeat Almeria with 2-1 in the opening round of La Liga. And now they have remained unbeatable for last 4 games across all competitions. Also, the team had only lost once on La Liga in their last ten games, and they kept unbeaten in seven away games against Celta, winning seven of them.

Real Madrid showed impressive run since the new season, and they took upper hand in past 12 meetings against Celta Vigo, I will follow the odds to support them in this clash.