Real Betis will make a trip to Mallorca on Saturday night in the second round of the La Liga campaign.

Mallorca finished 16th in last season, which has been the first time for Mallorca to make it successive seasons in Spain's top flight. In this summer, Mallorca brought five new members to the club, and the squad looks in good shape, since they have remained unbeaten for 6 matches in preseason. Also, they started their new season with only a goalless draw against Athletic Bilbao at San Mames. 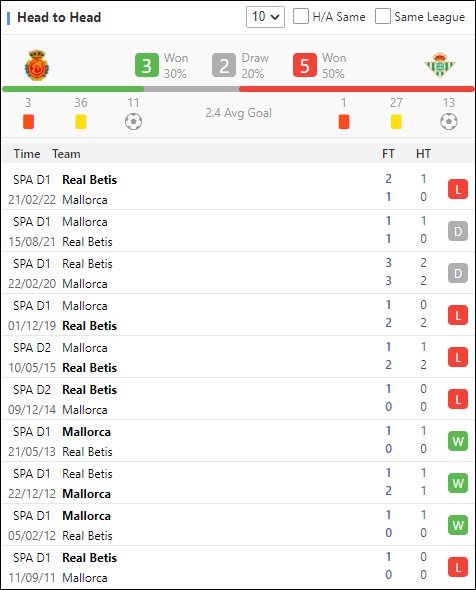 The number of signings from Real Betis is not large, but the strength of several new signings is not bad, which can be regarded as a supplement to the team's lineup. In the opening round of the new season, they showed a good run and beat Elche 3-0 at home. In this round, although they are playing away from home, from the end of last season, Real Betis's away forms were even better than that at home, especially on the defensive sides. There was only one goal conceded in 7 games on the road.

Mallorca showed impressive defenses in their first match against Athletic Bilbao, but their rival, played well both on attack and defenses in the first 3-0 win over Elche. It is difficult to back the home side to pick up all points in the contest against Real Betis.