United has shown great interest and ranked 2nd at the table, which they are fighting to secure the top spot in the competition. They have played five matches (W2, D2, L1) and have scored 13 goals in their last five matches and they have not lost a single home match in their five attempts. Galway United is ranked 2nd away from home this season. 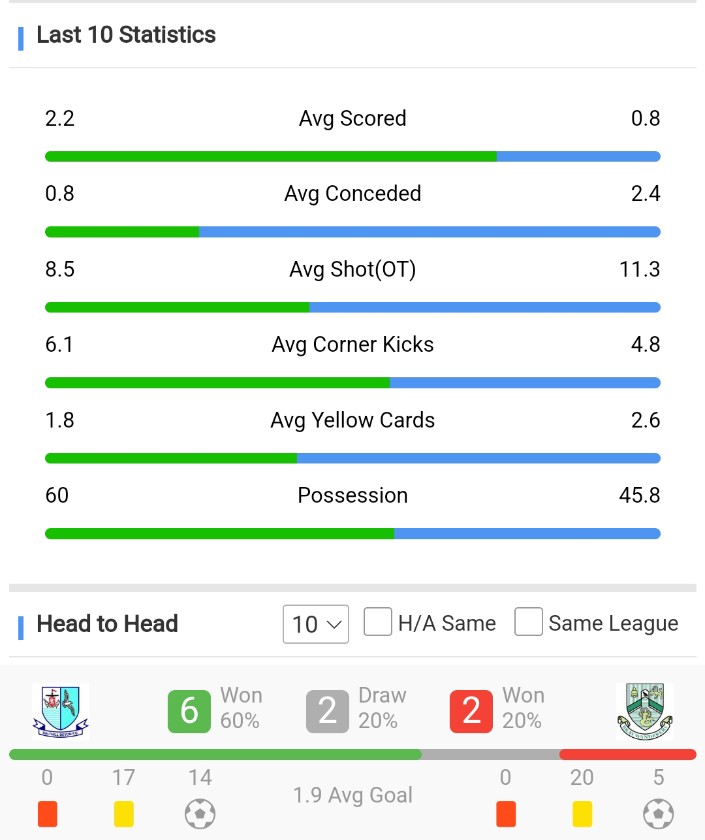 They have not been able in four straight matches and have failed to see a match through. They are ranked 7th in the competition and still have not been able to score in their last three matches with only three goals in five attempts. They have failed at teamwork and they haven't kept a clean sheet in 10 matches but their chances against Galway United is at 45% due to the lack of self-esteem between players.

Galway United may have more wins against Bray Sander's their goals will be fewer but Galway has every chance to secure the win.