In game one of their series against the Aces, the Phoenix Mercury will begin the 2022 WNBA Playoffs on the road in Las Vegas on Wednesday night.

The Las Vegas Aces finished the regular season on a four-game winning run, giving them the top overall seed heading into the WNBA playoffs in 2022. In their final game of the season, Las Vegas proved unstoppable offensively, making 55.7% of their shots and 40.7% of their three-point attempts to score 109 points overall, including 59 in the second half. 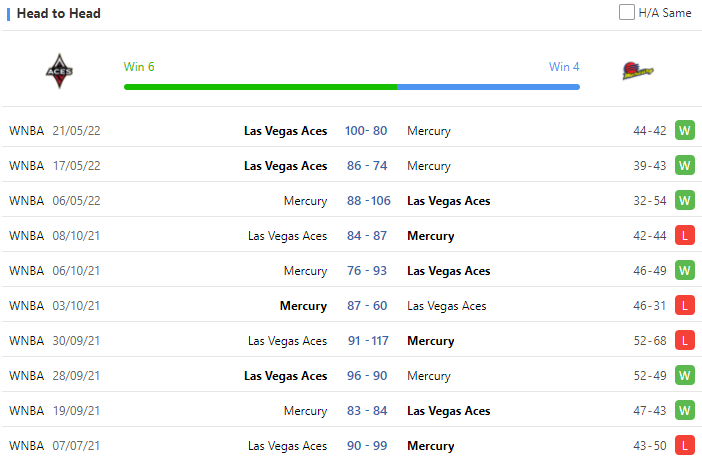 Phoenix entered the playoffs six games below.500 after losing to the Chicago Sky by 15 points to end the regular season. In their final game of the season, Phoenix's offense struggled miserably, scoring only 67 points on 45.8% shooting and 23.1% from the field while turning the ball over 21 times. Phoenix's attack was led by Jennie Sims, who scored a team-high 12 points in 35 minutes on the court.

The Las Vegas Aces, who have been the WNBA's top team all season, will try to get out to a strong start in the postseason. Take Las Vegas to easily win over a weak Phoenix club in a one-sided match. Vegas will dominate this match from the first whistle, and they'll win easily on Wednesday.