There will be great clash between Puebla and Atlas at Estadio Cuauhtemoc on Saturday.

Puebla
They are good at defensive but weak in offensive, which makes them hard to get a victory. They have improved that this season. So far, they have scored 8 goals this season. They rank the top of League table at present. 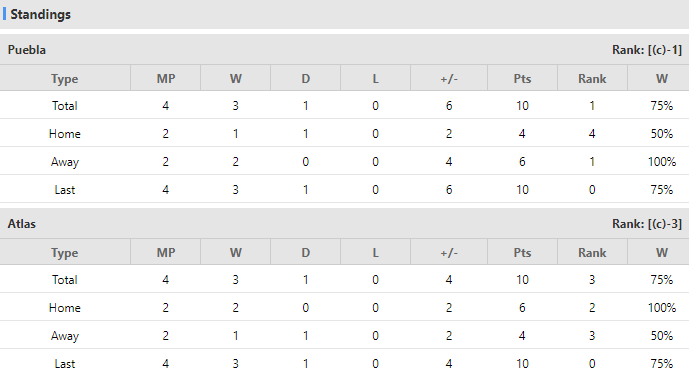 Atlas
They won the champion in last season. It has been seventy years after the last time when they won the first prize, which inspired them a lot. They play well this season as expected. They have not suffered any victory this season yet.

Verdict:
Both of them are good condition now. Puebla take the upper hand over Atlas in past head to head clashes with a record of 6W-4L. And Puebla have home advantage. It is predicted that Puebla will take one point from Atlas at least in the coming game.

Steph.C 585 Article
My name is Steph, I love football games and betting. Outside of the top five leagues, I also have attention to the others because they are more profitable and more exciting.
See More Article