This week will be devoted to playing a couple more friendlies. The national teams of Spain and Lithuania will compete on Tuesday.

Lithuanian have previously participated in four friendlies in order to get ready for the difficulties ahead. They played twice against Estonia (90-88, 84-70) and Finland (87-62, 76-61). The mainstays of Lithuania will once more be Jonas Valanciunas and Domantas Sabonis. The combination of two seasoned NBA centers will significantly affect the contest. 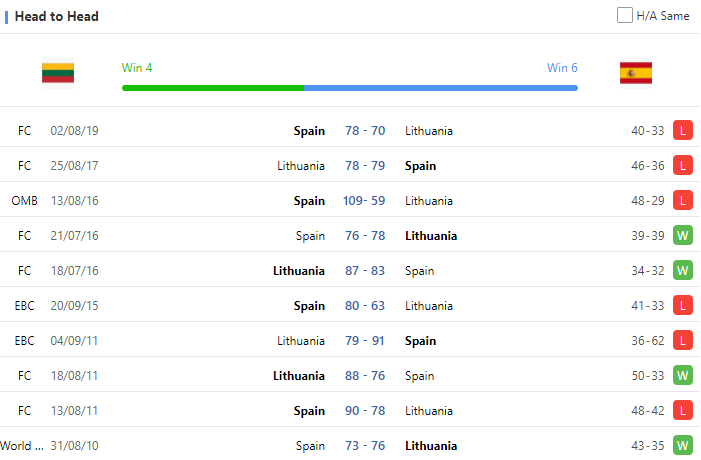 Two friendly contests between Spain and Greece were played. They lost the first game 70-86 in Athens, but they triumphed 87-80 in Madrid. Giannis Antetokounmpo played in the first game while taking a break in the second, which was the primary distinction between the two contests.

I anticipate that this game won't have a fast tempo because both teams rely heavily on the strength of their centers and big players. As a result, I think that the final score won't be too high.