Undefeated Watford travels north on Tuesday 16 August, to take on Birmingham City at St Andrew Stadium, with the visitors hoping to maintain their unbeaten streak to the new Championship season.

Birmingham City did not fare too good when they took on Cardiff in the previous weekend. They did not manage to register a single shot on target, and were very lucky not to concede more than a goal in that match. Birmingham City have now lost back-to-back games, with just one win and four losses in their last seven games. 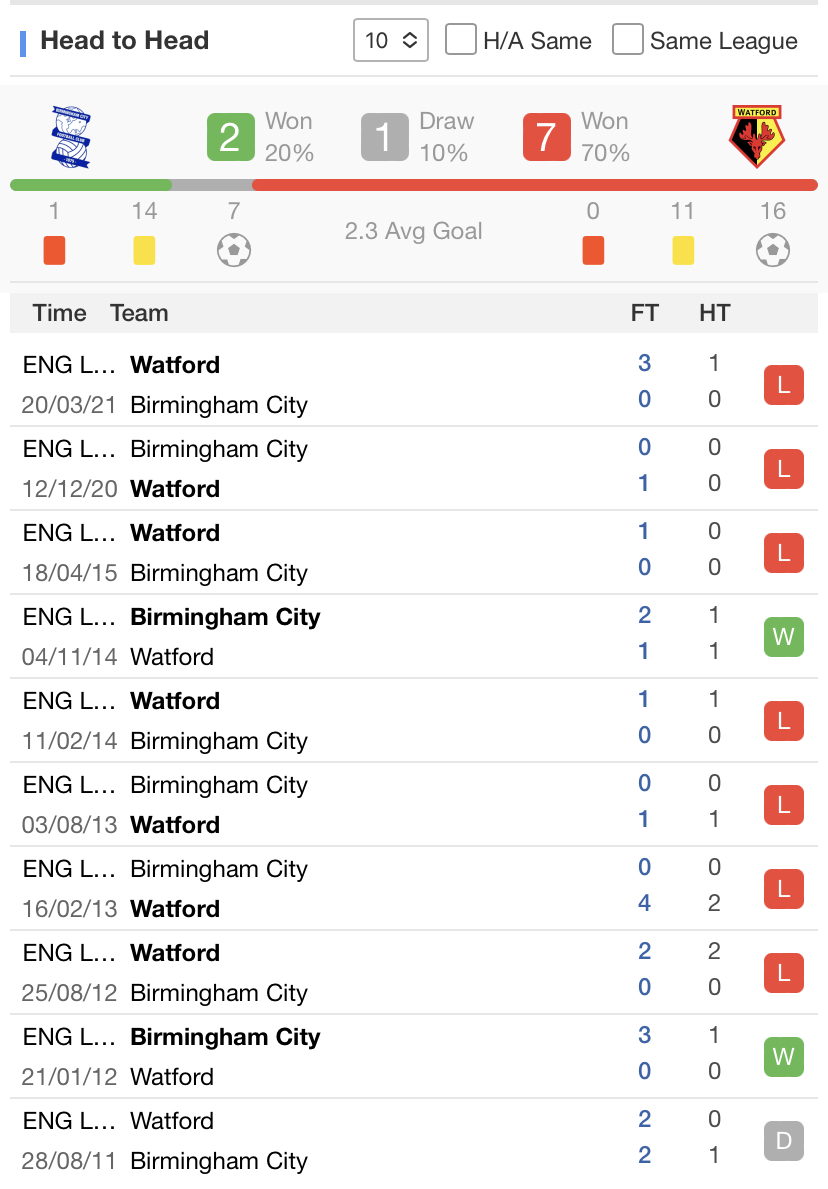 Of recent, Watford have fared much better than Birmingham City. Watford are coming off a 1-0 victory against Burnley, although they were reduced to 10 players with nine minutes left on the clock, they strongly held on for the win. They did not register any losses in their last five matches, with three victories and two draws. Watford obviously have one of the strong teams in this division, and they also boast a strong H2H record against Birmingham City. Between year 2013 and now, Watford have won seven of their past eight matches against Birmingham City, not forgetting a 1-0 victory at this very venue at the end of year 2020.

Verdict: Watford have the quality to return home with 3 points in the bag in what should prove to be a hard-fought and tight Championship encounter.