Burnley encountered their first defeat of the season at the hands of Watford past weekend, although they had a one-man advantage over Watford for a few minutes, but they were not able to get the equaliser. Burnley will welcome Hull City to Turf Moor on Tuesday, hoping to put behind that disappointing defeat.

Burnley lost the Premier League status last season. In this new season, they should be among the best Championship teams, although Burnley fans cannot be too optimistic after Burnley got only four points from the opening three league games. In their previous match, they lost 1-0 travel against Watford. Burnley have a serious problems with the attack. They managed to score only 2 goals in 3 league rounds. All the three games went under 3 goals. 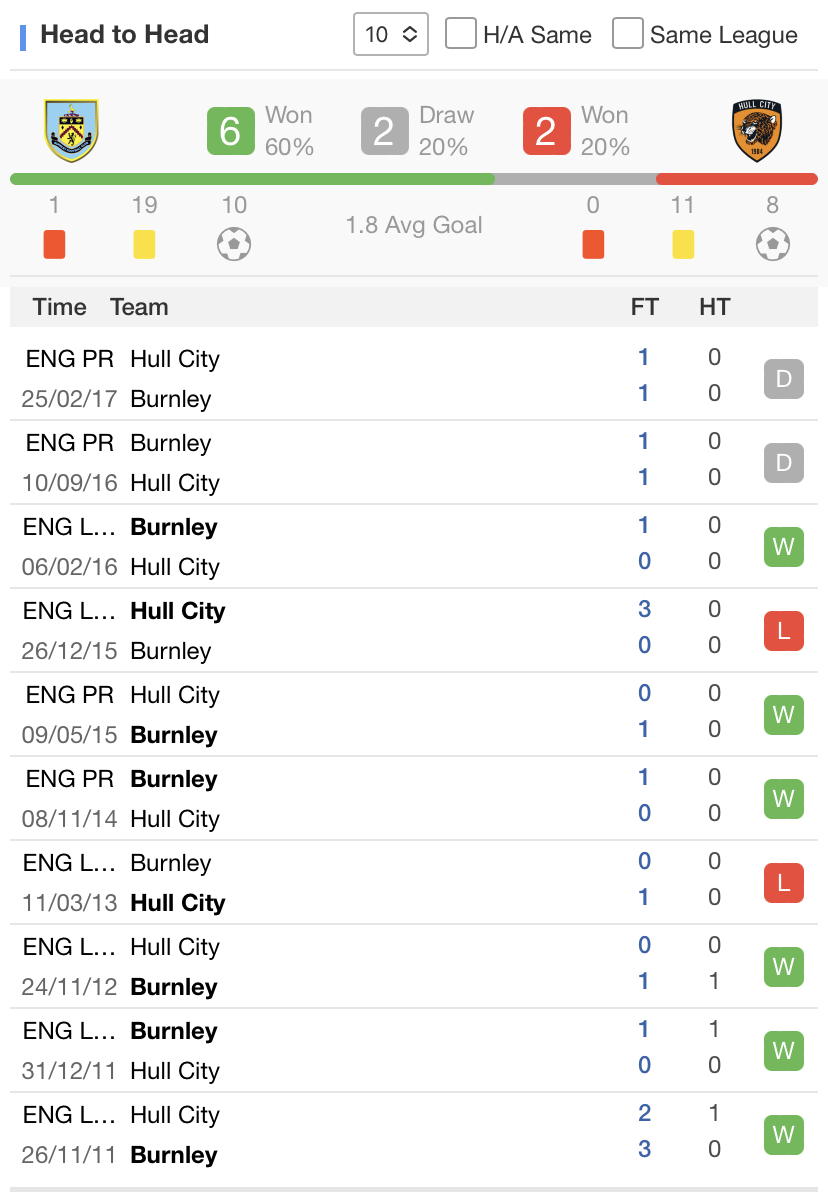 Hull City have done relatively well so far this season, they have 2 victories in 4 games across all competitions, with just a draw and a loss. Interestingly, Hull City's only defeat came in the Carabao Cup. They are currently at the top of the Championship standings, with two victories and a draw from three league rounds. Hull City should be play solid in defense. They allowed just two goals in three league games.