The shocking fact is that despite not being able to secure another win in their last attempts, the whole team has failed both in the last match 3-3 and have secured only one win in their five matches. The team has played five matches(W1, D1, L3) with a total of 10 goals in five matches. In previous matches against Queretaro, they made it hard for the away team to score a single goal at their meeting but with the bad performance, the team can still another home win. 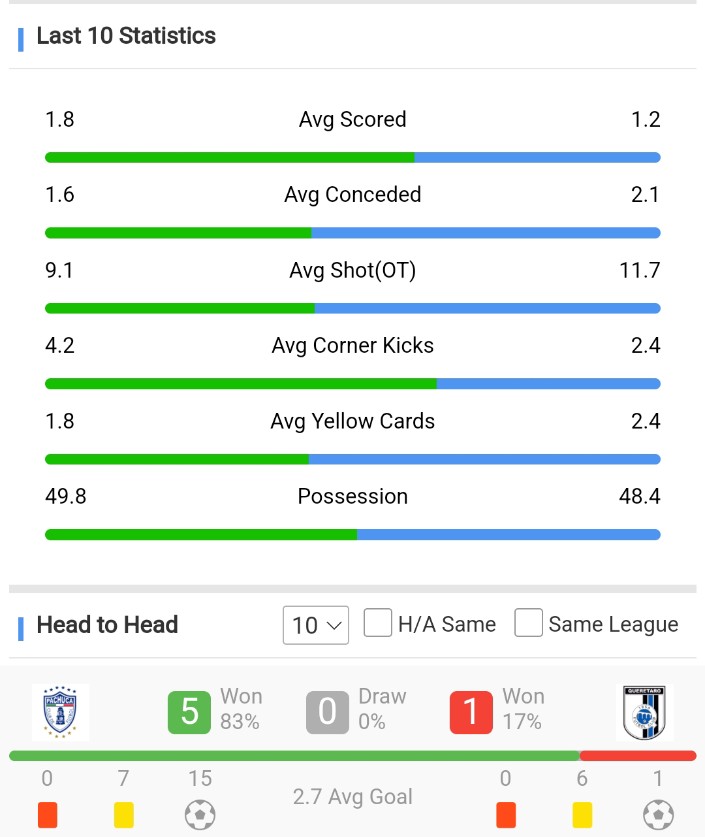 Every team has what pushes them to win but they have not been able to locate what strengthens them. The fans are not impressed with their recent performance in the team's last five matches (W1, D1, L3) and have not scored a single goal in away matches in their last five matches. They were able to score a total of 6 goals in five matches and still not able to secure any clean sheets in five attempts.

The possibility of tomorrow between Pachuca and Queretaro, Pachuca has more finishing and team spirit to secure the win but Queretaro needs a win at h2h against Pachuca.