Mazatlan team draw their last game 2-2 against Queretaro after seeing the last goal at 66 minutes but still was not able to secure the win. They have played five games (W1, D2, L2) and the first win was a home win but still failed to improve around the competition, with the ability to score 5 goals in their last five matches. No clean sheet in the competition and still ranked 15th at the table with 5 points and chances against the 5th place are at 50/50 as they were able to score in most matches. 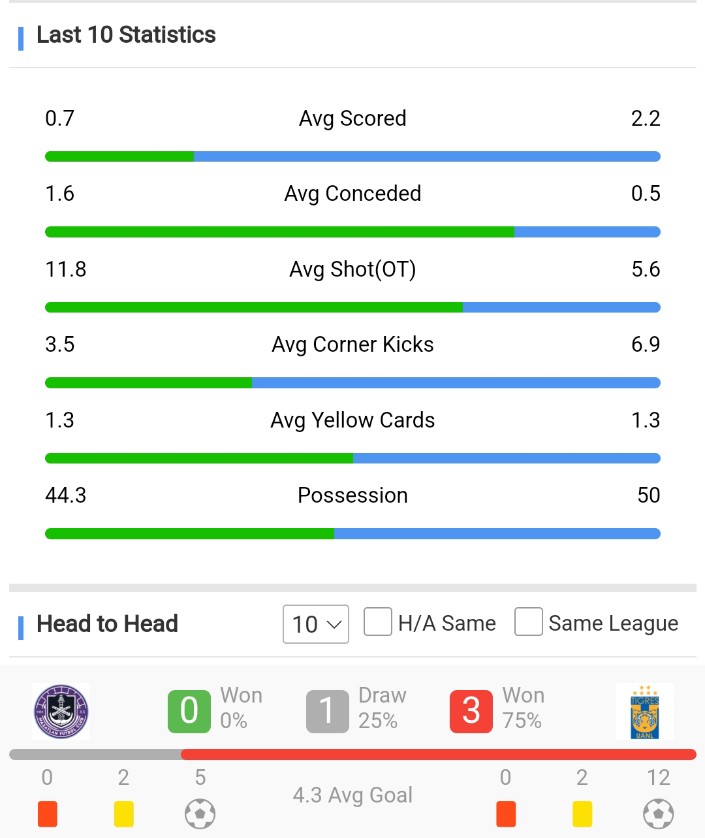 Have shown great dedication to the competition which placed them 5th at the table and shows a lot of improvement. Their last five matches ( W4, D1,) and have not lost a single match in five attempts both home and away. The team is pretty good at home, so the home team will not know what hit them so hard, and with the team scoring 11 goals in the last five games and able to secure two away wins.

Things might not look very good for Mazatlan as Tiger has more wins in their last meetings but with Mazatlan scoring at each match is an advantage to them.