The eighth and the eleventh of K League 1 will have a game at Gimcheon Sports Complex today.

Gimcheon Sangmu struggle on offense, failing to score until Cho Kyu Seong returned in the most recent game and did so. Cho Kyu Seong is still recovering, nevertheless. They now hold the tenth spot in the League ranking.

In their most recent game, they were dismissed against Jeju United and lost. They are four points behind the fifth place team. They still have a chance to avoid relegation. They have high expectations, especially when they face a poor team. 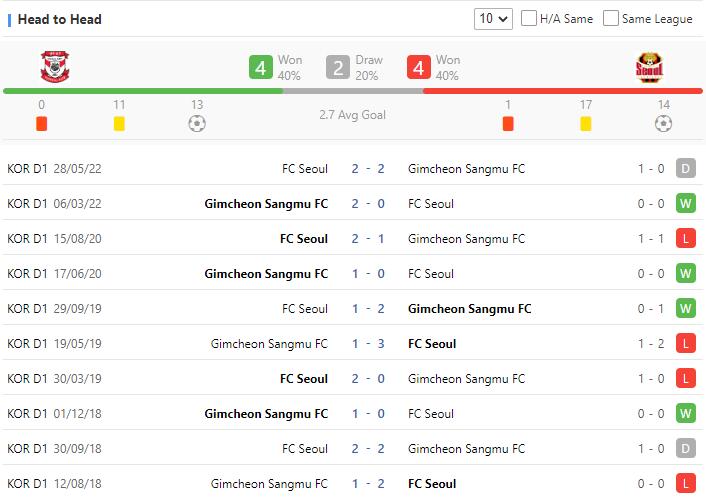 In their most recent head-to-head games, they were tied 2-2. Both teams struggle with a slow start into the game that results in a low scoring first half. It makes sense to place your bet on a low scoring result.