On Monday night, when Liverpool host Crystal Palace in a Premier League match, seeking the first victory of the 2022–23 campaign get ready for fight at Anfield.

On the opening weekend, the Reds twice overcame deficits to salvage a 2-2 draw with Fulham. Since losing their last Premier League game at Anfield 17 months ago, Liverpool have won 13 of their past 14 games in front of the Kop, making this a good opportunity for them to make up for the mistakes of gameweek one. 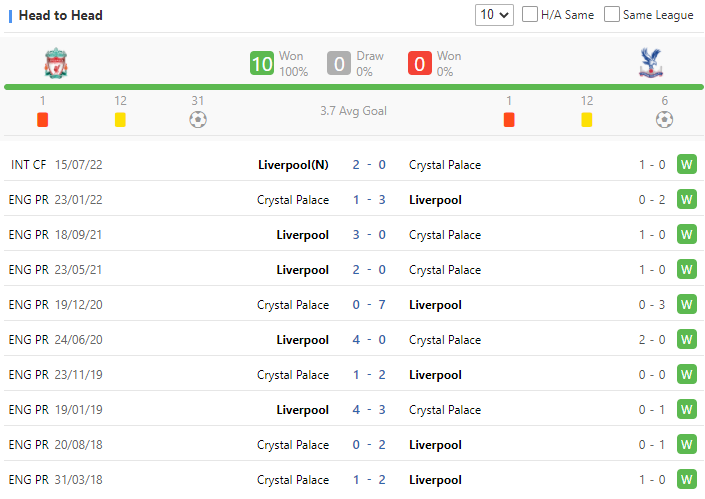 Crystal Palace were beaten by Arsenal 2-0 in their first game. Palace's stunning five-game home clear sheet streak was snapped by Arsenal, and this week hasn't done anything to boost their prospects of recording their first three points. The team has recently been allowing a ton of goals, and especially on the road, they have been in a terrible mess.

Anfield is the ideal venue for Liverpool to bounce back from a slight loss, especially when playing a team they have won 10 straight games against. Vieira's team shouldn't pull any surprises here. We can only see the Reds returning to winning ways on Monday.