BK Häcken will face off against visiting club Mjällby AIF at Bravida Arena in the Allsvenskan clash on Monday.

BK Häcken will be hoping for a repeat of their last result, following a 5-0 Allsvenskan victory versus Helsingborgs IF. BK Häcken haven’t had any problems with scoring, hitting the target in one hundred percent of their last 6 games. They’ve totted up the amount of 18 during that period while seeing the number of goals scored against them stand at 9. 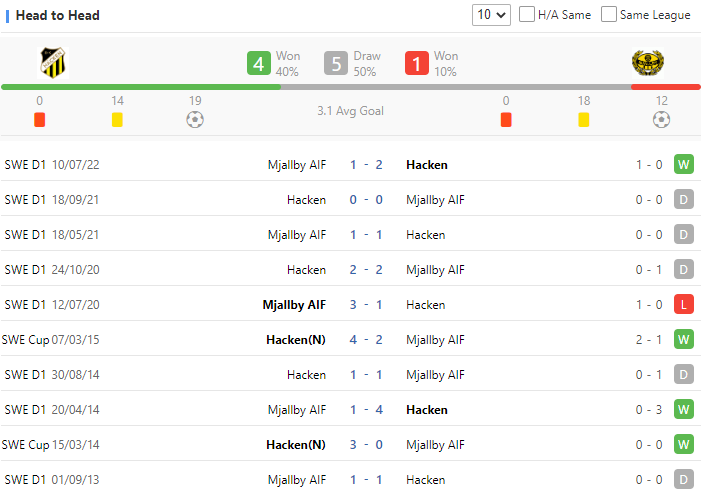 Over the course of their last half-dozen outings, Mjällby AIF have amassed the sum of 7 goals. Mjällby AIF have additionally got on the scoresheet on each one of those occasions. During those fixtures, they’ve seen 5 goals scored by their opponents. It will be interesting to see if that trend will be continued on in this game.

Both teams have been in pretty good shape lately, but Hacken is definitely the better side. The 1x2 first odds is 1.55-4.00-6.00, which means support the home team. Hacken should win this game.