Italian Serie A / lose Chiellini and De Ligt, Juv's defence should be weaken

Italian Serie A / lose Chiellini and De Ligt, Juv's defence should be weaken

The Serie A match at Allianz Stadium on Monday sees home side Juventus locking horns with Sassuolo.

Juventus won’t want a repeat of their last result here after the 2-0 Serie A loss in their previous game against Fiorentina. Matches featuring Juventus have usually been engaging encounters lately with plenty of scoring being a real hallmark. Over their past 6 games alone, the sum of 21 goals have been recorded for both sides combined (at an average of 3.5 goals per game) with 9 of these belonging to Juventus. 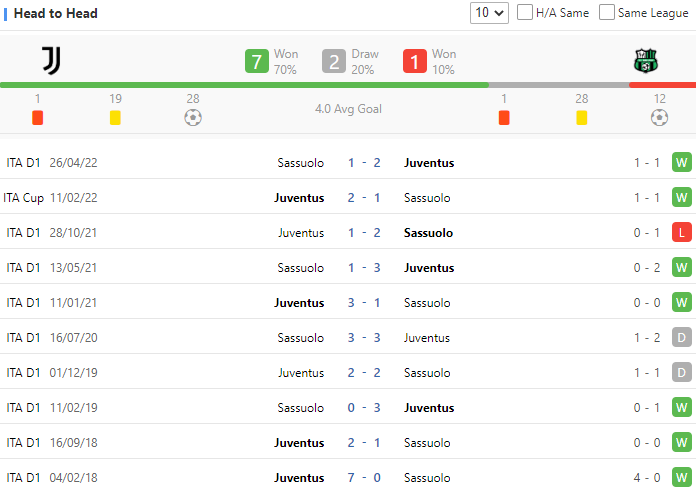 Following on from a losing effort in their last game against Modena in Coppa Italia competition, Sassuolo will be aiming to make amends here. Looking at their form, and Sassuolo have been scored against in 6 of their last 6 matches, with opponents netting 16 goals overall. At the back, Sassuolo have been far from perfect. Such a trend won’t necessarily be continued into this game, though.

Juventus did not perform well in the friendly matchs, but faced the Spanish giants, but that make sense. The 1x2 first odds is 1.44-4.50-6.50, which means support the home team. Juventus should win this game.