Hellas Verona will do battle with away side Napoli at Stadio Marcantonio Bentegodi in the Serie A game on Monday.

Hellas Verona will be hoping for a better result after the 1-4 Coppa Italia losing effort in their last game against AS Bari. It has been a rare occasion in recent games where Hellas Verona haven’t conceded. The reality is that Hellas Verona have seen their defence breached in 6 of their previous 6 clashes, letting in 13 goals on the way. 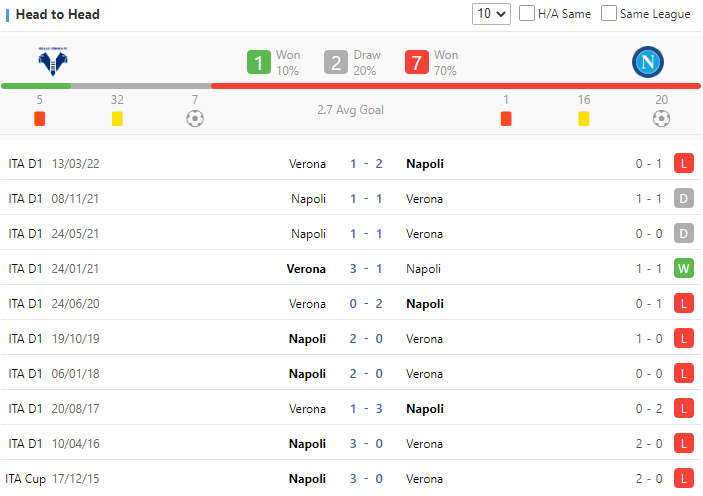 Napoli head into the clash after a 0-3 Serie A win as they beat Spezia in their last match. In their last six outings, SSC Napoli have helped themselves to a tally of 16 goals. SSC Napoli have also not failed to score on each one of those occasions. During those fixtures, they’ve had 5 goals scored by their opponents. Such a pattern isn’t assured to be carried forward here, though.

Napoli have a big advantage and their friendlies games performance are better. The 1x2 first odds is 3.30-3.40-2.15, seems lacked of confidence to the home team. Napoli should win this game.