Pacos de Ferreira suffered a 0-1 away defeat at the hands of Gil Vicente in the opening round of the new season last week. Before that, they played well in pre-season, with picking 2 wins, 2 draw and 1 loss before the new season. To be mentioned, since the victory on April 9th, the team have failed to win on Portugal Primeira Liga and even suffered 4 losses. 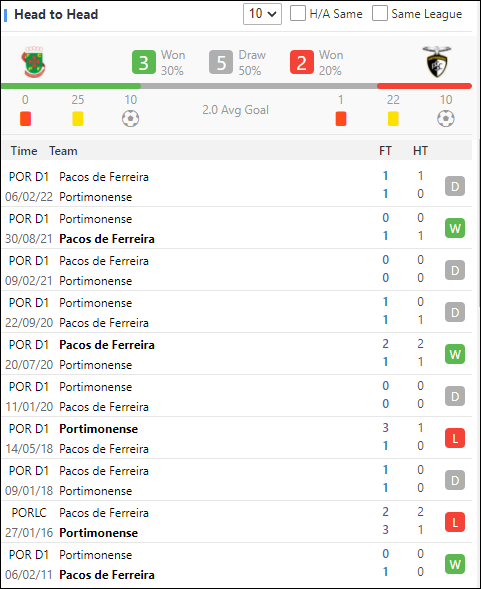 Portimonense were beaten by Boavista with 0-1 last Sunday in the first round of the new season. They headed into the new season with wining their final 4 matches in pre-season, keeping 3 clean sheet. However, Portimonense had only won 1 of their last 6 away games on Portugal Primeira Liga and lost 4.

Portimonense could not get a win in last six meetings with Pacos de Ferreira since May, 2018. Both sides want to get rid of the struggling situation, so I predict both sides would share the points and there won’t be lots of goals.