Daugavpils last match was not good and the fortress is tired of going home unhappy with their performance, all players failed to improve themselves. They have five straight matches and have not won any single match and are ranked 6th at the table, with no clean sheets in five attempts, and were only able to score three goals in their last five matches. Daugavpils' chances at home are poor but will try to take advantage to secure their first home win in their last five games. 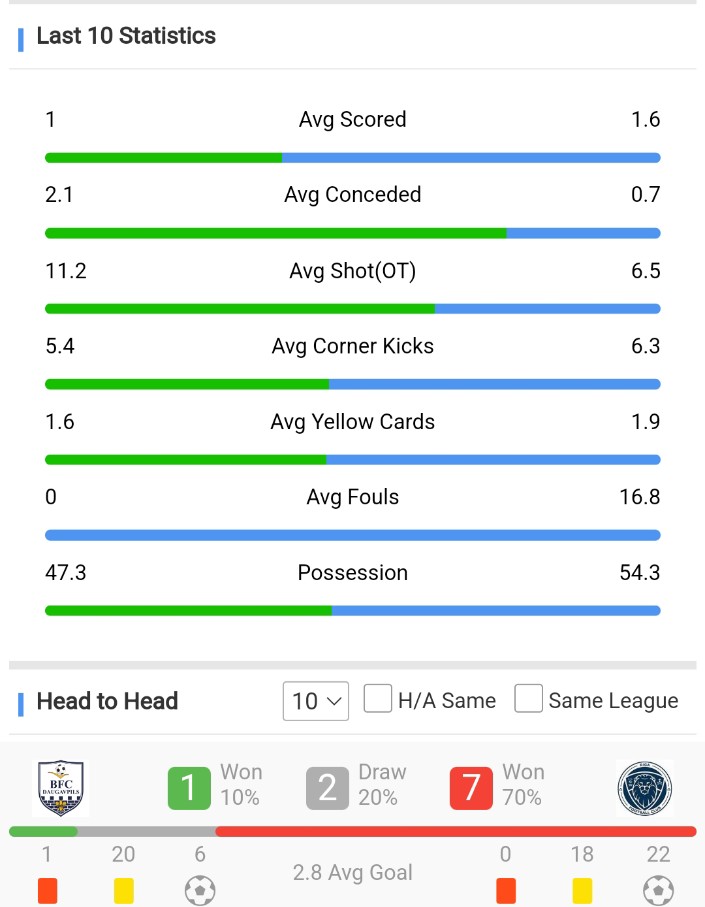 Still in shock, as they lost their first away game and are now playing their second game but hopefully the team must have learned from their previous matches. They have five matches (W3, L1, D1) and were able to be ranked 2nd at home this season, but they have not kept any clean sheets in five matches. The team was able to score 8 goals in five attempts.

Riga FC is done with their home match against BFC which they won against them 2-0 and now BFC is home but has lost their stability to secure away, which there are still chances to win.