The team has survived through last as the lowest scoring of the 17 clubs. The club knows the bad performance of their team as they ended badly due to the lack of a striker and despite losing one of their player and they were able to sign a player during the summer Borja, who has scored 8 goals in LL. The team has struggled for years to be relegated but it has been difficult and they will be facing Atletico Madrid in their first match which their chances 50/50. 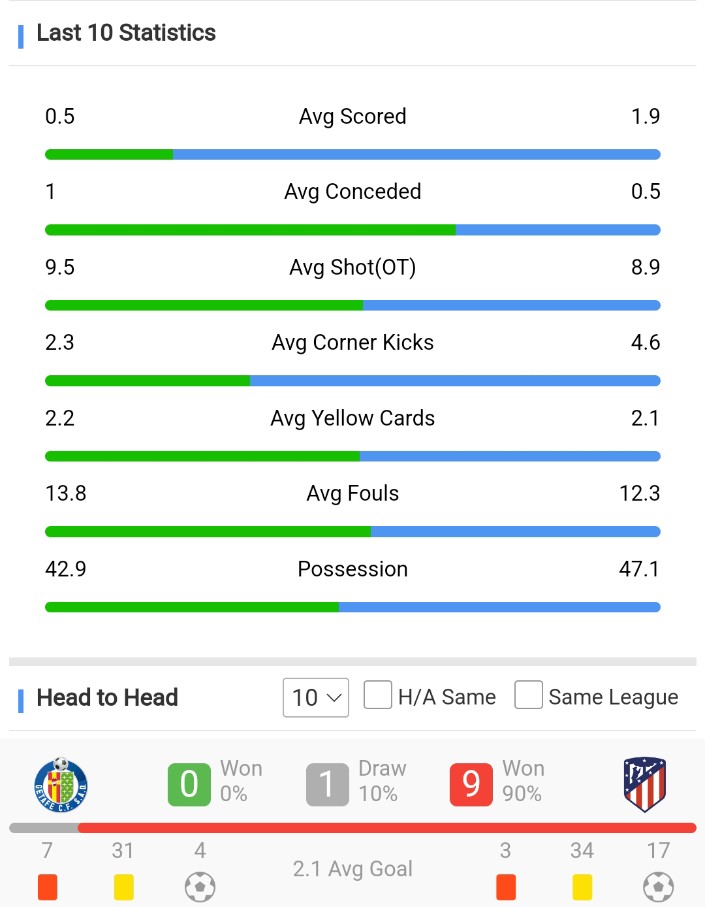 Recently, Madrid finish third last season after seeing failures between the end of the season. Where out of the champion League and Liga but this season is a whole different season as their head coach will make use of the frontline Morata and Griezmann who is a powerful finishers. The fan will accept more from the team as Barcelona draw their first game yesterday and winning will secure three points for the team.

Madrid has always secured more wins than Getafe and chances they will do the same again at tomorrow match.