Real Sociedad will have a trip to Nuevo Mirandilla to take on Cadiz on Sunday’ La Liga.

Cadiz stayed in the top flight successfully in this season, and coach Sergio was also affirmed by the top management, and was extended his contract to 2023 early. However, in the Friendly games before the start of the new season, Cardiz's performance was relatively poor, with losing all last 3 matches when against Lille, Atletico Madrid and Sevilla. 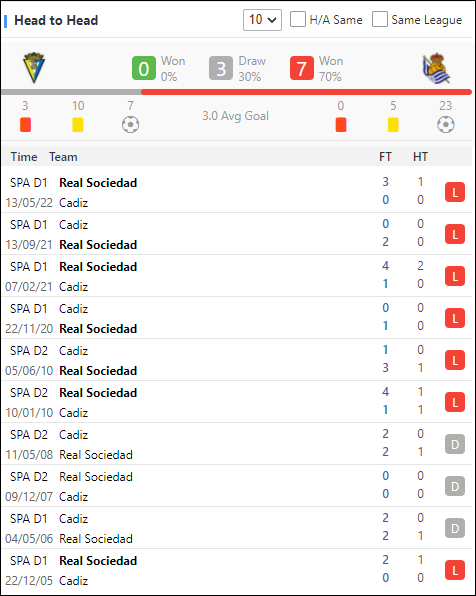 Real Sociedad finished sixth in last season, with 8 points behind of the top 4, which saw them book a place in the Europa League group stage once again. In the preseason schedule, they beat Osasuna and AFC Bournemouth, then lost to Eibar and Athletic Bilbao.

Real Sociedad won past 6 meetings with Real Sociedad. Real Sociedad are keen to have a winning start of the new season, but their away forms are not good as those on home soil. So I won’t take a risk and only predict both sides to score.