On Saturday, the Chicago Sky (25-9) will travel to Footprint Center to face the Phoenix Mercury (14-20).

The Phoenix Mercury lost 86-77 to the Minnesota last time out. The Mercury were successful in grabbing 27 total rebounds throughout the game, which included 18 defensive and 9 offensive. They turned the ball over 12 times despite recording 8 thefts during the contest. Shey Peddy had 10 rebounds and hit 7 of 15 shots during the game, good for a 46.7% field goal percentage. 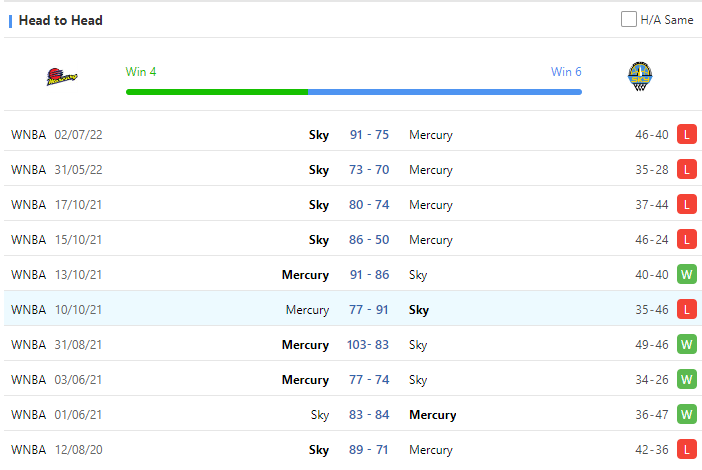 The Chicago Sky are now playing much better basketball, and on Sunday, they'll keep it up. Chicago will thrash a broken and bruised Phoenix club, so expect them to rebound and get back on track. Take Chicago to perform well enough to win and cover on Sunday.