The Las Vegas Aces defeated the Dream with a score of 97-90 the previous time they played on the court. 32 total rebounds—26 defensive and 6 offensive—were grabbed by the Aces throughout this contest. They committed 10 turnovers while compiling 4 steals during this match. A'ja Wilson collected 14 rebounds and made 7 of her 18 shots for the game, a 38.9% clip. 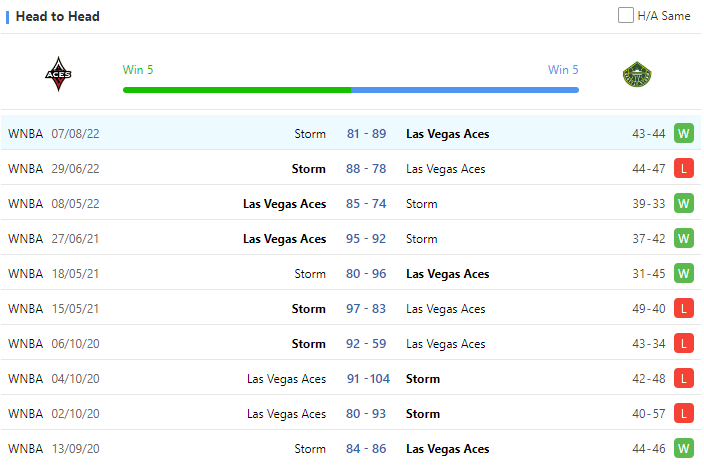 During their most recent match, the Seattle Storm defeated the Sky by a score of 111-100. Seattle hit 11 of 24 3-point attempts and ended the game with a 58.7% field goal percentage (44 of 75). One player that made a play for the team was Gabby Williams. She scored 21 points overall on 7 of 9 shots. She clocked in at 31 minutes and finished with 4 rebounds.

Seattle averages 81.6 points per game while Las Vegas scores 89.9 as a team. Recently, Las Vegas defeated Seattle on the road; thus, we expect them to triumph once more at Michelob Ultra Arena.