The Washington Mystics (20-14) will play the Indiana Fever (5-29) on Saturday at the Entertainment and Sports Arena.

The Washington Mystics lost to the Sparks by a final score of 79-76 last time out. For a total of 40 rebounds, the Mystics were able to secure 27 defensive rebounds and 13 offensive rebounds. They lost control of the ball 10 times while obtaining 3 thefts. With 6 of 9 shots made, Shakira Austin had a 66.7% success percentage in this game. She also grabbed 10 rebounds. 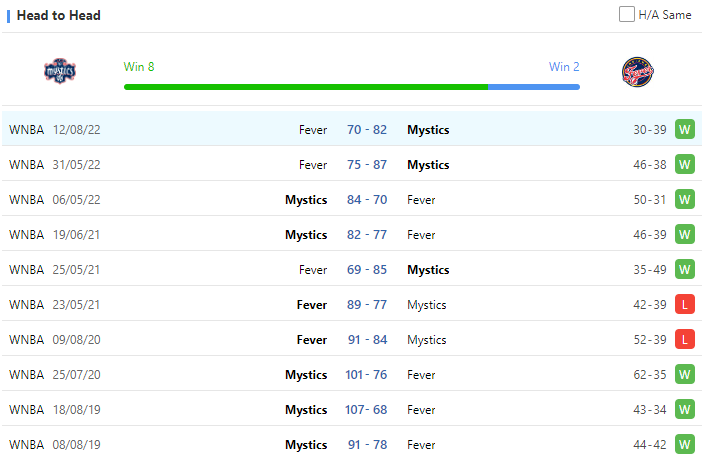 In their most recent game, the Indiana Fever faced off against the Wings and lost by a total score of 95-91. Indiana finished the game with a 44.3% field goal percentage (31 of 70) and 6 made 3-pointers out of their 18 attempts. Danielle Robinson was a player that excelled. She made 5 of her 11 shots for 15 points. She brought down one board while playing for 31 minutes.

The poorest WNBA club, the Indiana Fever, will suffer once again on Saturday. Look for Washington to snap their current losing streak as they will dominate a weak club and win. From the first whistle, expect Washington to dominate, and they will win easily.