The New York Liberty made a 91-73 success over the Wings in their most recent game. The Liberty collected 32 rebounds overall during the game, including 27 defensive and 5 offensive. They turned the ball over 12 times and managed just 4 steals. Sami Whitcomb had a field goal percentage of 62.5% for the game, making 5 out of 8 attempts, and she grabbed 4 rebounds. 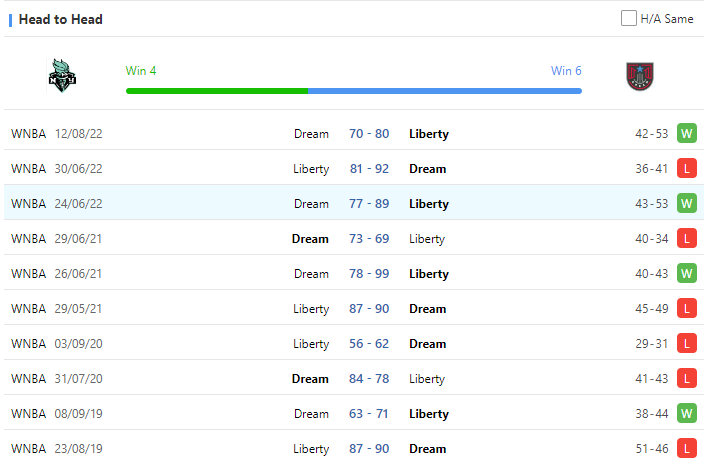 After defeating Atlanta by 10 points on Friday, New York will play the season's last game at home on Sunday. In four of the previous six home games, New York have successfully covered the spread. Atlanta have had trouble, as they are 2-7 straight up in their past nine games overall and have failed to cover the spread in eight of their previous nine games.