The Connecticut Sun defeated the Sparks 97-71 in their last game. They grabbed 40 boards total—29 defensive and 11 offensive. They turned the ball over 18 times while accumulating 13 thefts throughout the contest. Jonquel Jones had a field goal percentage of 66.7% for the game after making 8 out of 12 attempts, and she pulled down 10 rebounds. 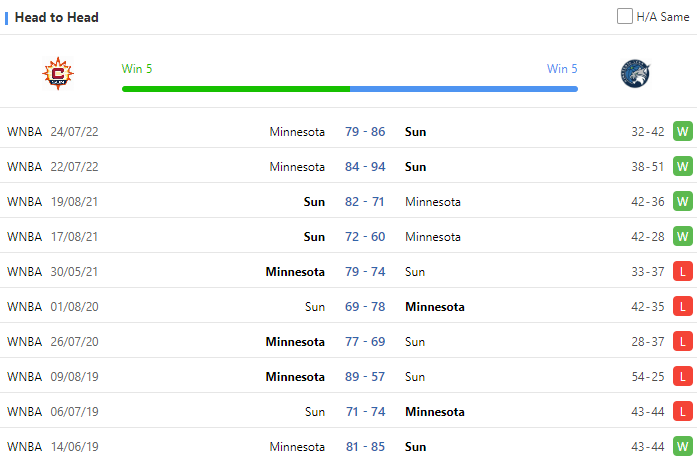 In their last game, the Minnesota Lynx faced off against the Storm and prevailed with a score of 86-77. Minnesota finished the game with a field goal percentage of 46.2% (30 of 65) with 6 out of their 17 3-point tries being made. Jessica Shepard made 4 of her final 4 shots for 15 points. She participated for 33 minutes and grabbed 12 rebounds.

Connecticut have crushed Minnesota, winning both of their meetings this season. Connecticut beat Minnesota 94-84 in the first game before defeating them 86-79 in the second, covering the spread in both games. With a win on Sunday, Connecticut, which have covered the number in all five of their games, have a remote possibility of snatching up the first or second position in the playoffs.