The team secured their last match 3-2 against Fortuna, despite that Fortuna scored at 6 minutes but the team never lost hope and was able to finish everything at 62 minutes second half. This summer started great and hopefully that they secure their win tomorrow match as they have always had more h2h against Groningen. Last season Ajax was ranked 1st in their last five games(W3, D1, L1) and has failed to secure one home game in their last five matches. 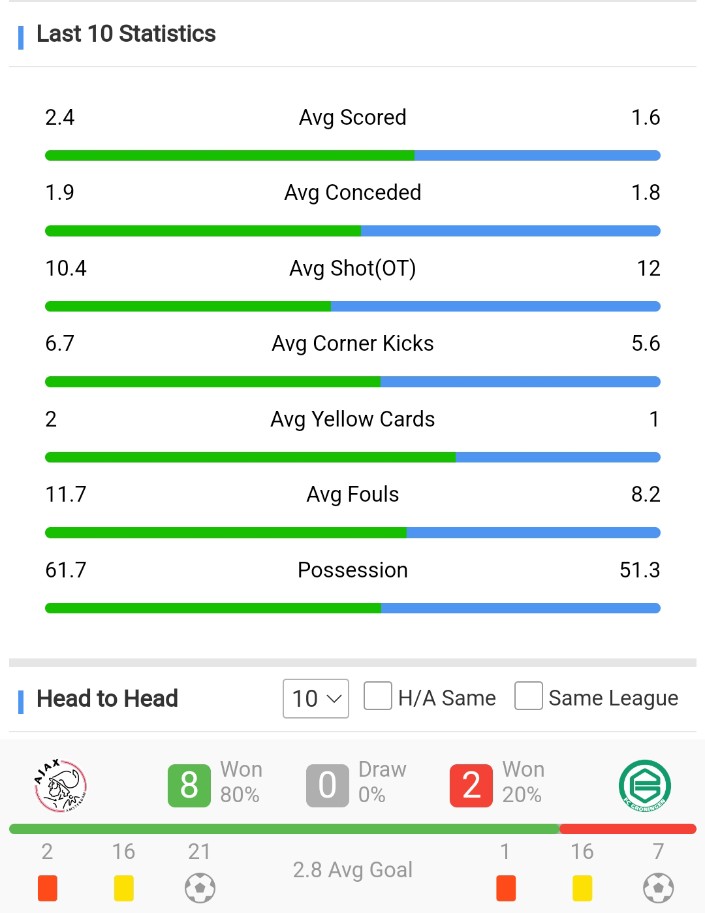 H2H AFC Ajax has won their last three meetings and scored two-plus goals at each match so Ajax has more chances of securing the win in tomorrow's match.