Almeria's opening match is a difficult match for the team as they are facing the Liga Champion, Champion League, and Super Cup champions Real Marid. Almeria's first ever win in the opening match was against Deportivo 3-0 since fifteen years ago and they have not lost five H2h against Real Madrid. The team will have difficulty pulling through as their player Umar who assisted them with 19 goals last season, will depart for another clue and it will be hard for the team to score against the away team. 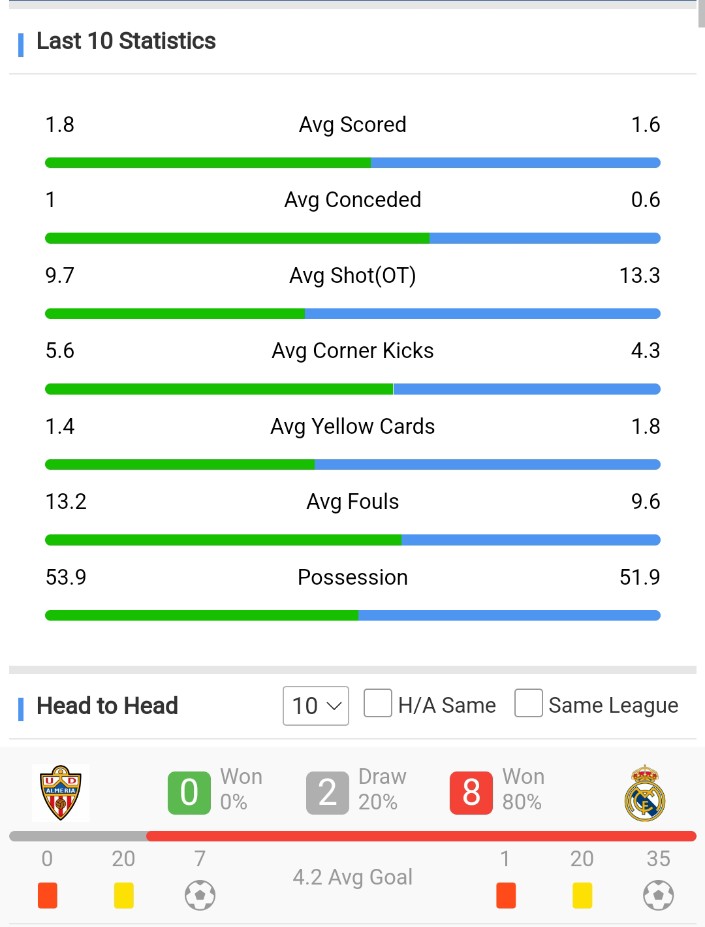 Madrid has made some recent signings that will strengthen more of the teamwork like Rudiger and Aurelien which was an early signing and a good one. Despite losing against Barcelona in the pre-season game 1-0, Real Madrid made sure to secure the super Cup making them the greatest club of all time. The manager Carlo will like to secure straight win against any team as they are capable and extending their unbeaten in the competition.