VfL Bochum
Bochum have been doing well recently, with a German cup win over Mainz, a league win over Wolfsburg and a last round away draw against Hertha Berlin. But despite their 11th position, just three points above the relegation zone, they still have to fight for points. 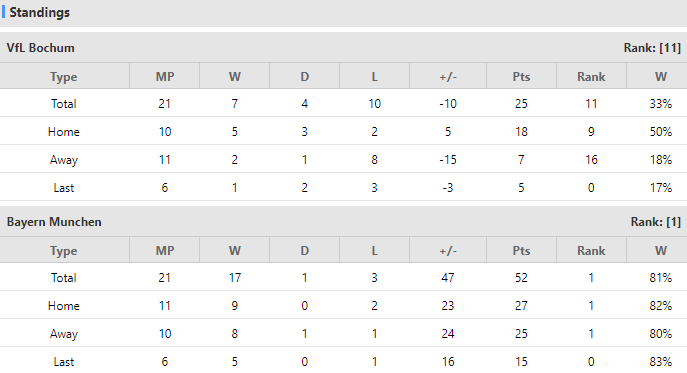 Bayern Munchen
Bayern beat Leipzig 3-2 at home last time. Neuer, Davis, gretzka still injured absence. And jule has confirmed to leave the team to join the Duo, which for the teams defence has not a small blow.

Verdict:
The gap between the two teams was huge and there was no suspense. The 1X2 first odds is 15.00-7.50-1.17, obvious support the away team. Bayern should win this game easily.

Football German Bundesliga Bayern Munchen VfL Bochum
(Disclaimer：Any views or opinions presented are solely those of the author and do not necessarily represent those of NowGoal. We disclaim any responsibility and accepts no liability for any direct or indirect loss or damage arising from any inaccuracies.)