Barcelona's pre-session was perfect with the signing of new players Robert Lewandowski, Rafinha, and Kunde which is a nice signing for the club but the problem is registering the players for the session and Barcelona is having a big financial problem and it will be difficult to sign them before tomorrow match. The team did very well last season after Xavi took over as the manager and rebuild the team that started last season with a 15 matches unbeaten league between December and April, which help them. finish second at the table. Starting with a win will be Barcelona's main focus at this beginning and will play with payback as they have lost two matches against Rayo Vallecano. 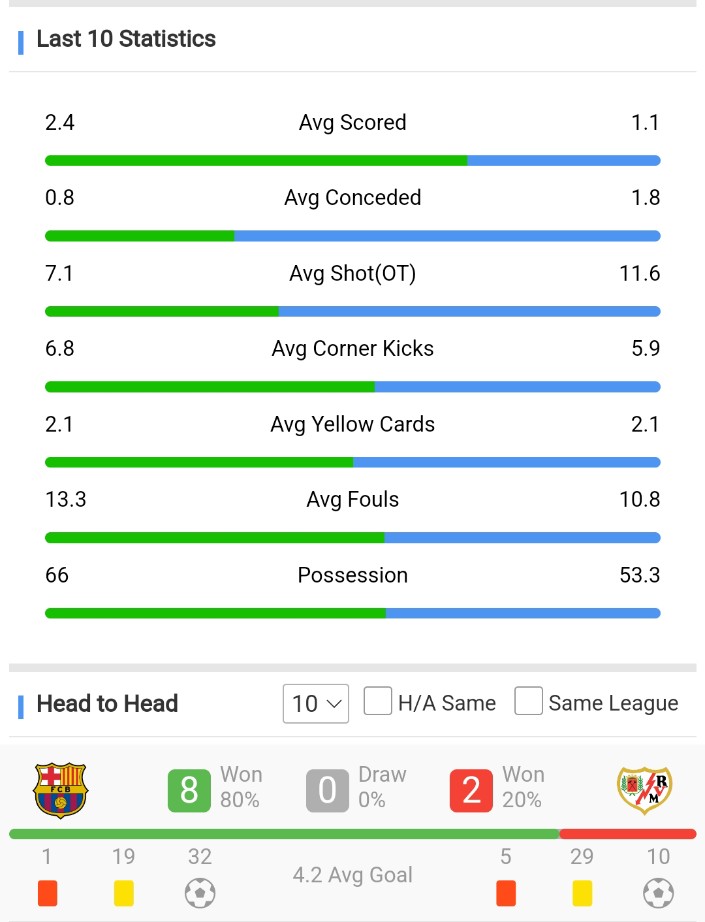 Starting the season facing Barcelona and this time is going to be a whole different story as Barcelona are not the same as last season. Rayo Vallecano was able to beat Barcelona home and away last season without them scoring against them. The team is prepared to repeat the same this season but the full focus is needed says the head coach. Their player Radamel Falcao will be present for the match who has always helped the team. The team picked up the 18th defeat last season which ended badly but the opportunity is right before them.

Barcelona has more wins against Rayo and their chance should be 98% winning but due to not registering their new signing it will be a 50/50 match between both teams.