Italian Serie A / Monza vs Torino

Italian Serie A / Monza vs Torino

Torino are the guests at U-Power Stadium on Saturday for the Serie A fixture with home side Monza.

Monza have been finding it hard to keep clean sheets of late, although they’ve also found ways to convert their own chances into goals. Analysis of their previous 6 games shows that Monza have seen their goal breached in 6 of them while also scoring in 5 of those matches. 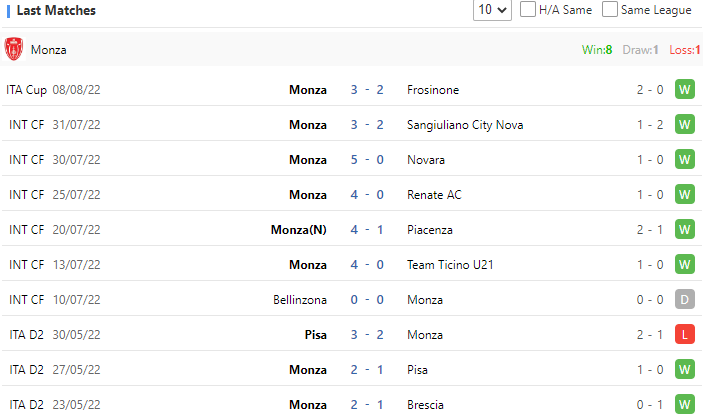 Demonstrating their predisposition for productive matches, goals have been scored 20 times in the previous 6 games in which Torino have sent out their troops, making it a mean average of 3.33 goals per meeting. Opposition teams have managed 9 of these goals. That kind of pattern won’t necessarily be sustained into this next game, of course.

It’s looking like Torino and Monza should both be able to score here although it’s hard to pick a clear winner. It could well end in a draw. We’re therefore seeing a very close game with a 1-1 score draw at full-time.