Inter Milan will be at Stadio Via del Mare on Saturday for the Serie A game with home side Lecce.

Lecce will be hoping for a better result after a 2-3 Coppa Italia loss in their previous game against Cittadella. Marco Baroni's Lecce have netted 7 times over their past 6 outings. The corresponding tally of goals that they have conceded in that same time stands at 6. 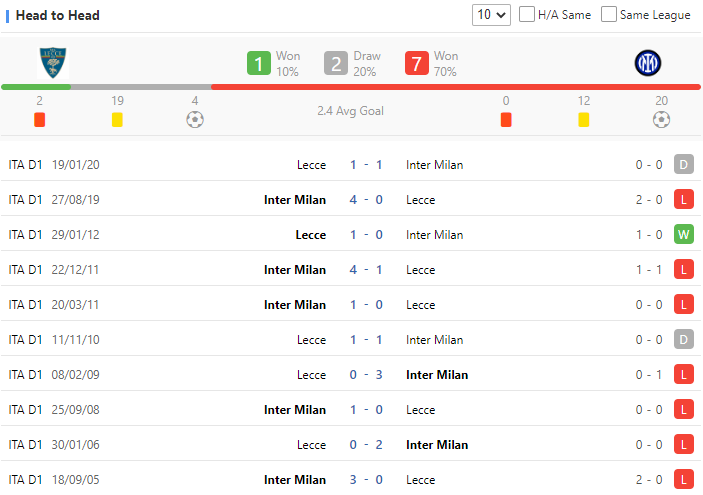 Inter Milan will go into the game following a 3-0 Serie A win to beat Sampdoria in their last game. Over the course of their last half-dozen clashes, Inter Milan have amassed a total of 17 goals. Inter Milan have also not failed to score in every single one of those games. Over that period, they have seen 8 goals go against them. We shall soon see whether or not that trend can be continued on into this next match.

Both teams in the friendly performance is not good, but Inter strength advantage is great. I am tipping a 1-3 victory for Inter Milan at the end of the 90 minutes.