Recently promoted Bournemouth AFC will be the opposition at the Etihad Stadium this weekend for matchweek-2 English Premier League clash and may have given Guardiola a take home assignment following their 2-0 victory over Aston Villa. Both teams are hoping to move on with the momentum of the good start of the new campaign.

Manchester City truly put behind them the disappointment of their Community Shield defeat by securing all 3 points at the home soil of West Ham United last weekend. Newly signed, Erling Haaland was taken down on a bid for a goal and stepped up to convert the resulting spot-kick in the 36th minute and Manchester City led 1-0 at half time. Fast forward to the 65th minute, De Bruyne put Erling Haaland through on goal and the 6' 5″ striker slide the ball into the bottom corner of the net to help his side claim a comfortable 2-0 victory. Manchester City will come into round 2 fully prepared. 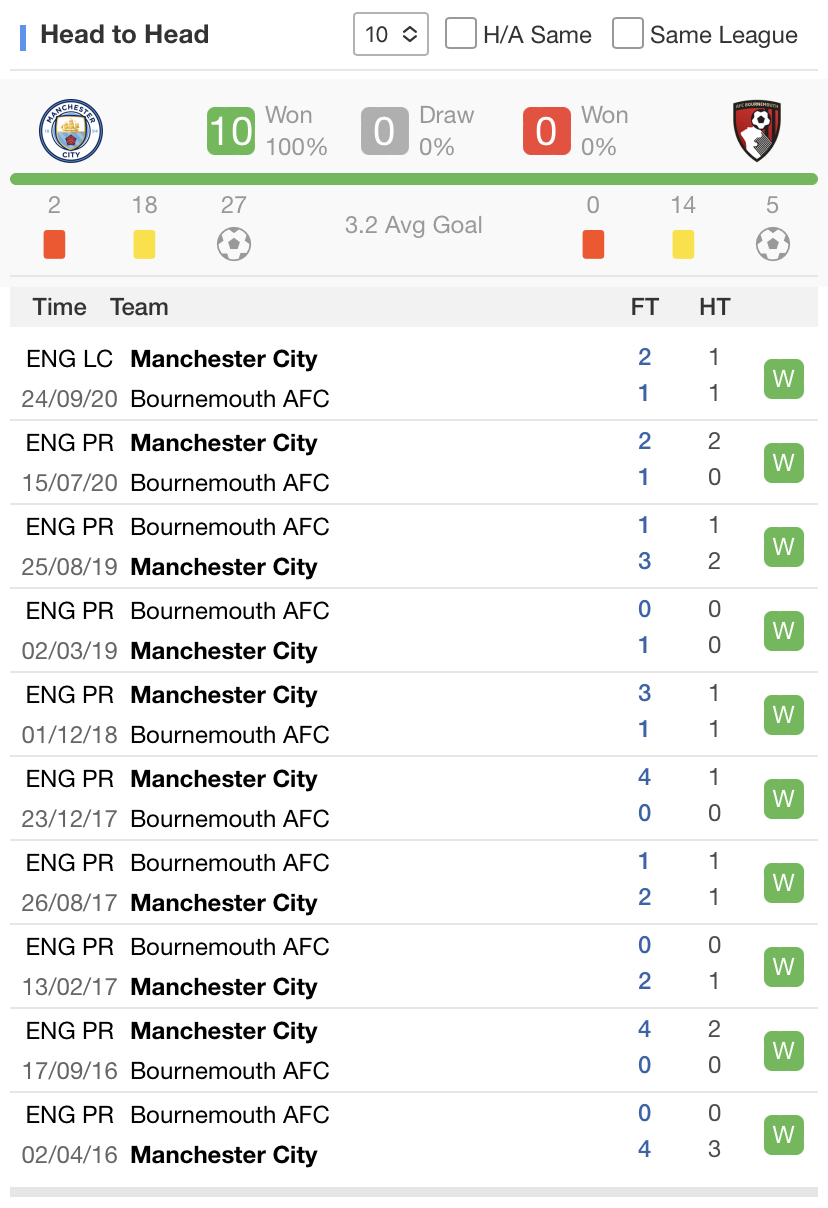 Verdict: In three of the last five league meetings between Manchester City and Bournemouth AFC Over 3.5 goals have been scored and goals are expected to flow once again this weekend. Three of Manchester City's last six matches across all competitions have produced over 3.5 goals and they will be looking to put in a top performance in front of their own fans after losing to Liverpool in the Community Shield. Hopefully, Erling Haaland will manage and score at least two goals against Bournemouth AFC.