Aston Villa will crash with Everton on 13, August. Both Aston Villa and Everton started the new English Premier League season with a defeat and both will be hoping to get their first points on the board in this weekend early kickoff.

Aston Villa could not portray any form of impression on the opening day and could struggle against Everton that will likely present Conor Coady in its defense line. Aston Villa trip to the south coast to face Bournemouth kicked off in a bad shape as Lerma fired the home side in front just after 2-minutes. They couldn’t perform much going forward and Danny Ings in a way was underperformed in front of goal, therefore it wasn't a surprise seeing Bournemouth secure all 3 points through an 80th minute achievement from Moore after an impressive work from Kelly. Although, Aston Villa looked poor at the weekend but their recent statistics against Everton is good, picking up 4 victories and 2 draws from their last six H2H meetings. 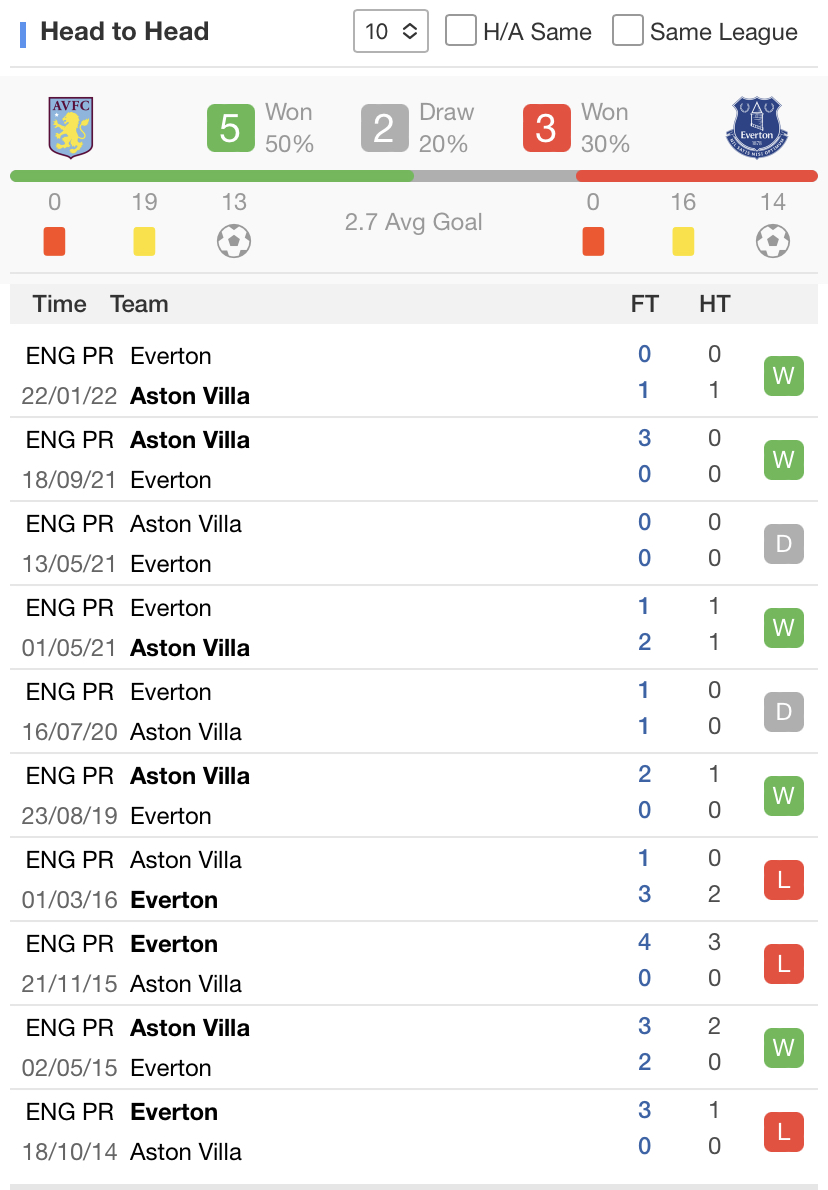 Everton played well at home to Chelsea but with Rondon suspended and, Calvert-Lewin injured they had to play Gordon up front and he was simply out of his depth in that position. After seeing Ben Godfrey broke his leg, Everton conceded a penalty which fired Chelsea 1-0 up. Mina was the next player to get injured for the Toffees but even with those players missing, Everton squad handled everything Chelsea had to throw at them but ended up losing the match 1-0 in the end. Everton are without Calvert-Lewin and his replacement Rondon hasn't actually done any significant work since his arrival.

Verdict : This match has the potential to be very low-scoring as we can see both teams cancelling each other out this weekend. Four of the last six H2H between the both have produced under 2.5 goals, while fewer than 3 goals have also been scored in 3 of Aston Villa past 5 outings and Everton slipped to a 1-0 loss at home soil to Chelsea in their last outing.