Freiburg means business after a 4-0 win over Augsburg and started at a great performance this season. They secured the second highest victory of the weekend and found themselves a second place at the table. At the start of the season, most teams that sit in second place have been relegated more times (7)/than the crown champions. Since 2021 was the last time Freiburg saw a win against Borussia Dortmund and the team's last five matches (W4, D1). 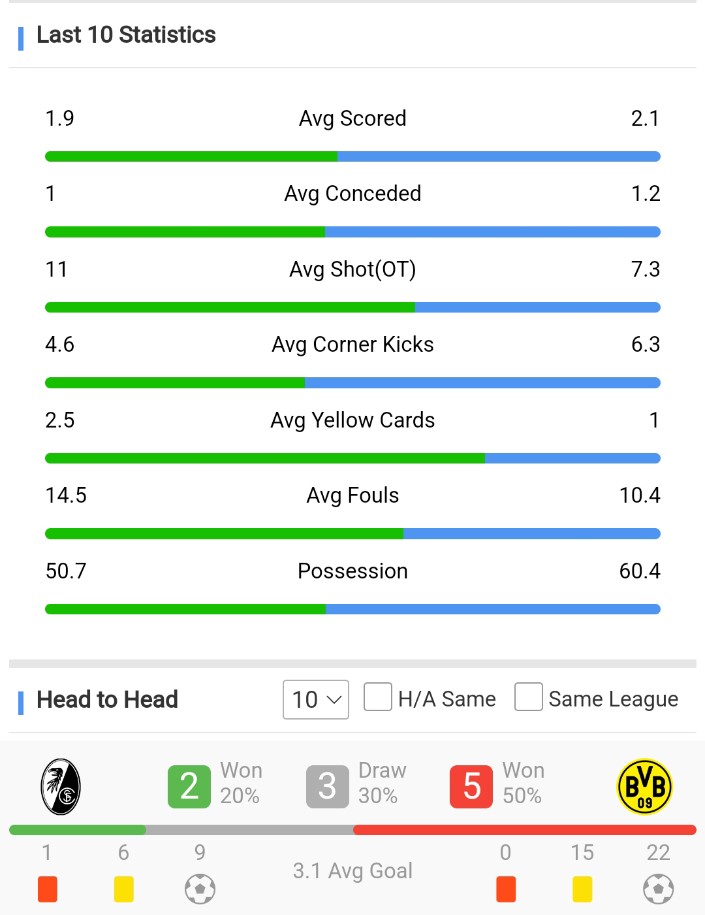 Dortmund won their last match despite the absence of Haaland 1-0 against Leverkusen on match day one, in what was their eighth consecutive season, to begin with, a win, a feat rivals Bayern have never achieved. It was also the eighth consecutive league win for Edin's head coach, with a remarkable sold-out westfalenstadion for the first time and it was a dream come true. They have played five matches (W2, L2, D1) and scored six goals in their last five matches.

Both teams are at their best this season But chances that both are going to score despite the that Borussia Dortmund has more head-to-head against Freiburg.