Queretaro FC and Atletico San Luis will give us an opening show of Primera Division Liga MX Round 8 at Estadio Corregidora on Friday.

They now sit at the bottom of the League table without a single victory this year. They have a terrible offense and defense, scoring only 6 goals while giving up 15 in total. The bad news is that Omar Israel Mendoza received a red card in the previous game and is now suspended, which affects their ability to participate.

They are marginally superior to Queretaro. They currently sit in fifteenth place on the League standings with a record of 1W-4D-3L. However, they haven't won in five games and have recently been in bad shape. They fell to Necaxa 1-2 in their most recent game. 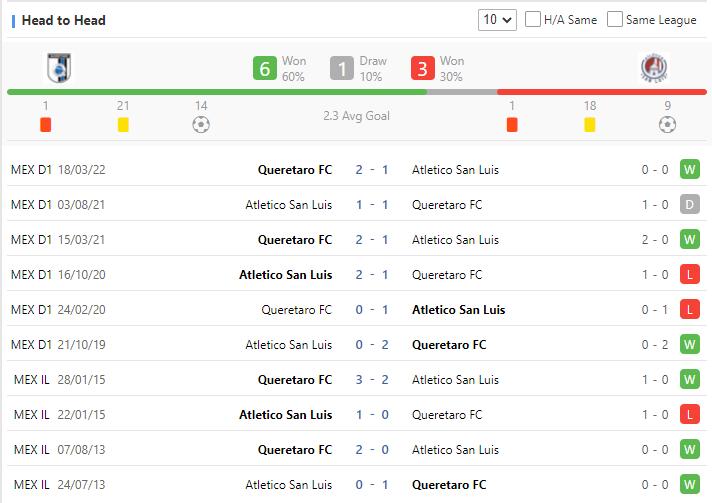 Queretaro got 6W-1D-3L from San Luis in their past head to head games, which makes them have the psychological advantage. What’s more, Queretaro have the home advantage. So Queretaro will probably win in the coming game.