The Las Vegas Aces defeated the Dream 97-90 in their last game. They were successful in grabbing 26 defensive rebounds and 6 offensive rebounds for a total of 32. In this competition, they coughed it up 10 times while obtaining 4 steals. A'ja Wilson had a field goal percentage of 54.2% in this game after making 13 of 24 shots, while also pulling down six rebounds. 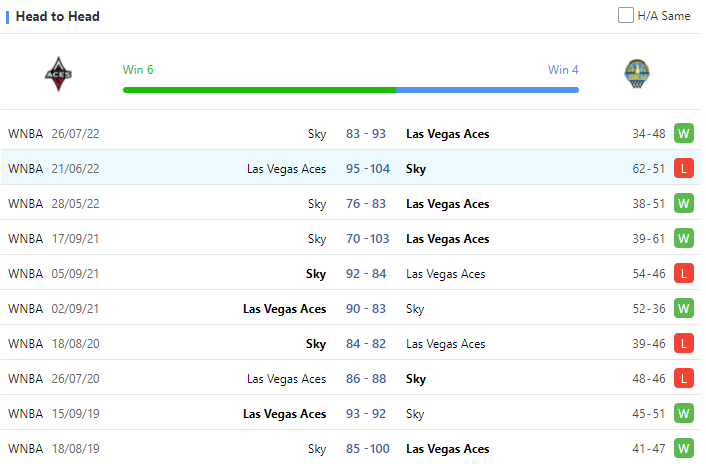 The Chicago Sky lost 111-100 to Storm last time out. Chicago finished the game with a field goal percentage of 55.7% (39 of 70), and 7 of their 23 three-point tries were successful. Courtney Vandersloot. She was able to make 7 of her 13 shots for 20 points. She participated for 30 minutes and grabbed 2 rebounds.

The Chicago Sky are definitely the stronger and more reliable club here, but Las Vegas are at home, and that generally counts for something in these kinds of situations. In their most recent attempt against Seattle, the Sky didn't look great either, particularly defensively. I'll gamble on the Aces playing at home.