What an impressive performance from the team 6-1 victory, which is one of their biggest win in the competition. They ranked 1st at the table with 23 matches played and only lost one game with 56 points leading the table. The team has lost one home game in five attempts and has been working to build the team and they have improved with a successful result. Their opponent has scored at every match and Cork City is facing one of the best in the competition and they are ready to settle the score between themselves h2h. The team has played five matches (W3, D1, L1) and a total of 8 goals in their last five matches. 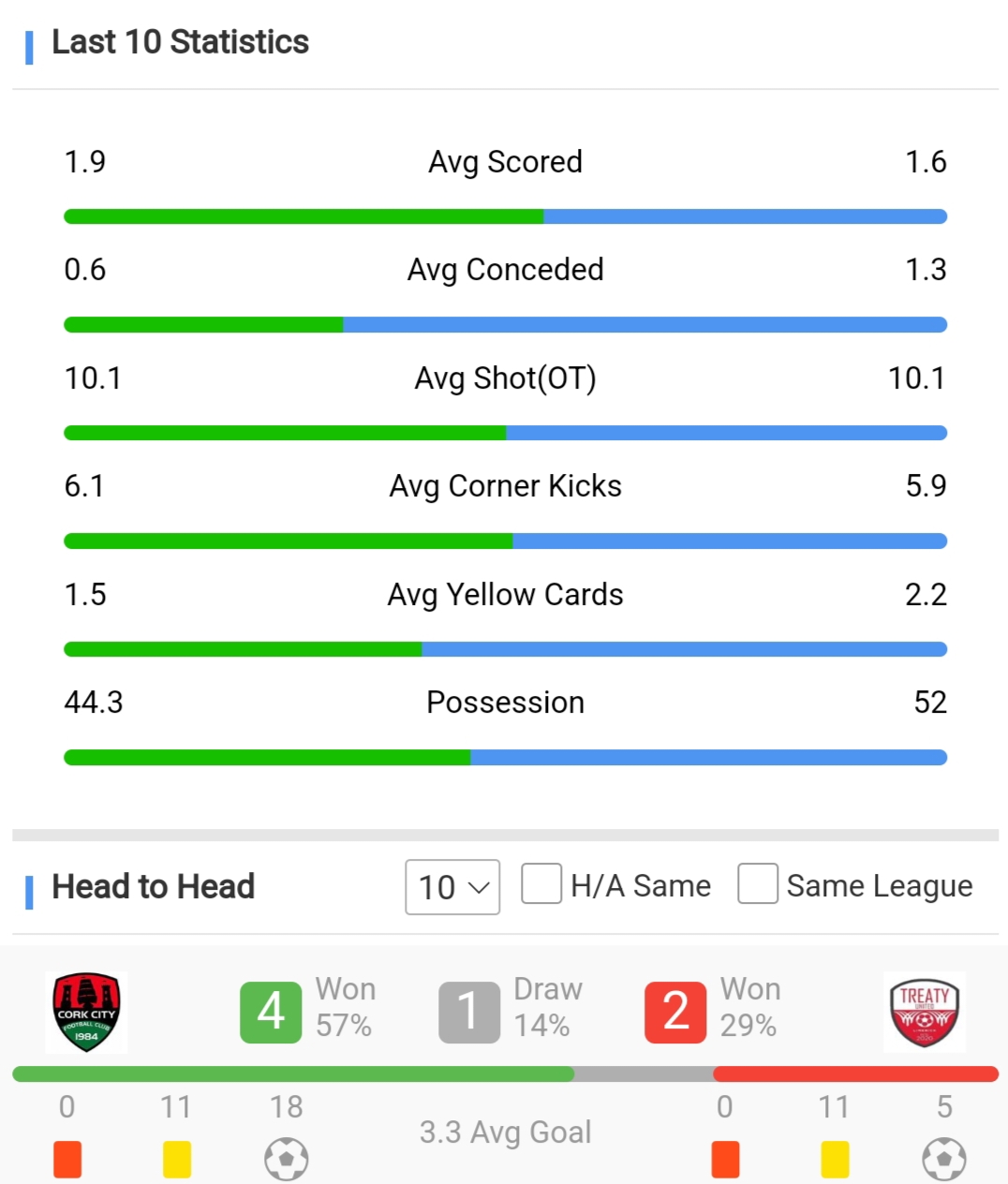 Incredible performance in previous matches and they have shown strength throughout their match. The team has lost their last match but still has not changed anything as they are ready to see through the match tomorrow and they have played five matches (W4, L1) with their last four previous matches no team has scored against them, what an incredible line of defense. All matches played against Cork this season has been a loss to them and this is an opportunity for them to secure a win they have scored 13 goals in five matches and are unbeaten in 4 away matches.

Cork City leading the h2h but Treaty United is showing a great performance to secure the win in tomorrow's match and the chances are 50/50.