The Los Angeles Sparks lost their last game to the Sun by 97-71. They were able to secure 22 defensive rebounds and 1 offensive rebound for a total of 23. Additionally, they turned the ball over 20 times while accumulating 13 thefts throughout this contest. Jordin Canada made 2 of her 6 field goal attempts in this game, for a field goal percentage of 33.3%, and added 3 rebounds. 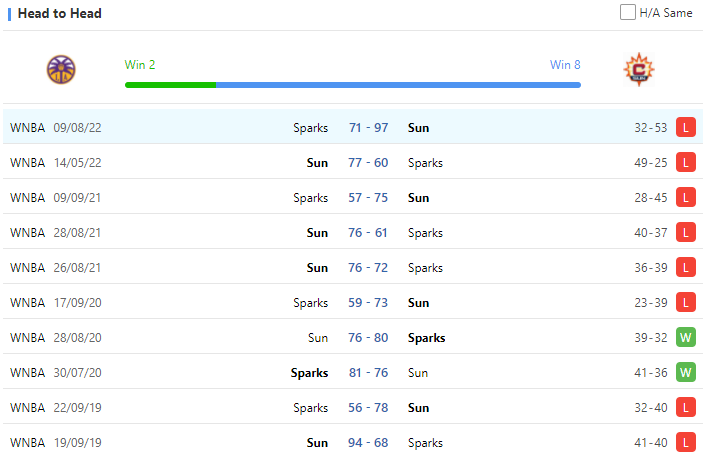 In their most recent game, the Connecticut Sun prevailed 97-71 over the Sparks. Connecticut finished the game with a 50.7% field goal percentage (38 of 75) and eight successful three-point attempts out of a possible nine. Jonquel Jones finished with 17 points on 6 of 7 shooting. She participated for 32 minutes and won 10 boards.

Connecticut won their most recent game against Los Angeles on Monday, and with a team scoring average of 85.4 points per contest, I predict Connecticut will win again on Thursday in California to record their 24th victory of the year.

Omid D 81 Article
I have been working on the NBA for eight years also writing my analysis for a magazine.
See More Article