Sapporo Dome will witness a game between Consadole Sapporo and Vissel Kobe on Saturday.

Up until their 1-5 victory over Shonan Bellmare in the most recent game, they had lost their previous five games. They have a terrible defense, giving up 1.67 goals per game on average this season. They won't be able to go up the rankings if they don't fix that.

They are in bad shape; their four-match losing streak has dropped them to the League's bottom spot. They are three points away from the fifteenth place. They still have a chance to stay in the league. 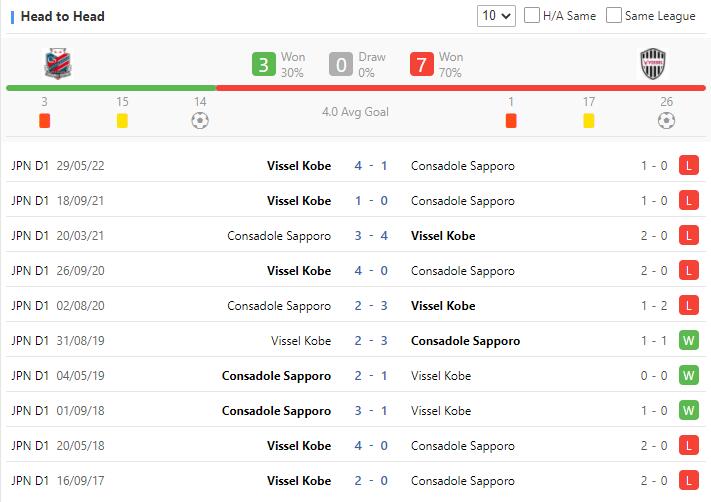 Sapporo are getting back in form while Kobe are still in a poor condition. Besides, Sapporo have the home advantage. But Kobe take the upper hand over Sapporo in the past h2h clashes with 7W-3L. We predict that it is going to be a tight tie or a narrow home win.