Braga journey to Estádio Municipal 22 de Junho on Friday for the Primeira Liga showdown with home side Famalicão.

Famalicão will be looking for an improved result here following a 2-0 Primeira Liga defeat last time out to Estoril. It’s been a rare occasion in recent times that Famalicão have managed to hold out for a full 90 minutes. The facts show that Famalicão have been scored against in 5 of their previous 6 matches, letting in 9 goals on the way. 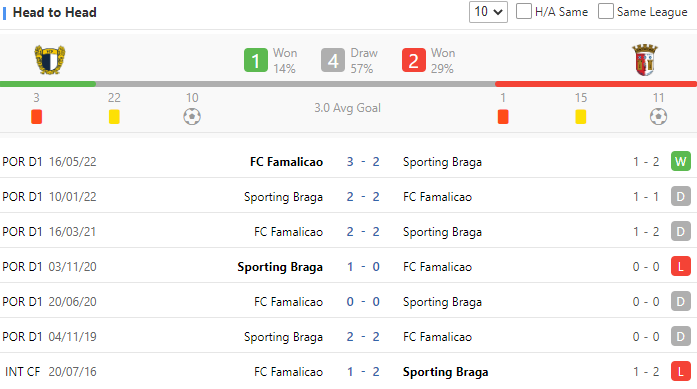 Last time out, Braga drew 3-3 in the Primeira Liga tie with Sporting Lisbon. Artur Jorge's Braga have found the back of the net a total of 8 times in the course of their previous six matches. The number of goals that have been scored against them during those same clashes equals 6.

We’ve got the feeling that Famalicão might have a difficult job to score against this Braga lineup who will likely score one, at least. We’re going for a hard-fought 0-1 winning score for Braga at full-time.