Osasuna will do battle with visiting team Sevilla at Estadio El Sadar in the La Liga match on Friday.

Osasuna haven’t made the most of their chances in recent times. Their ‘goals for’ figure equals just 4 against opposition teams during the course of their previous 6 fixtures. In those meetings, Osasuna have also seen the tally of goals against them come to 10. 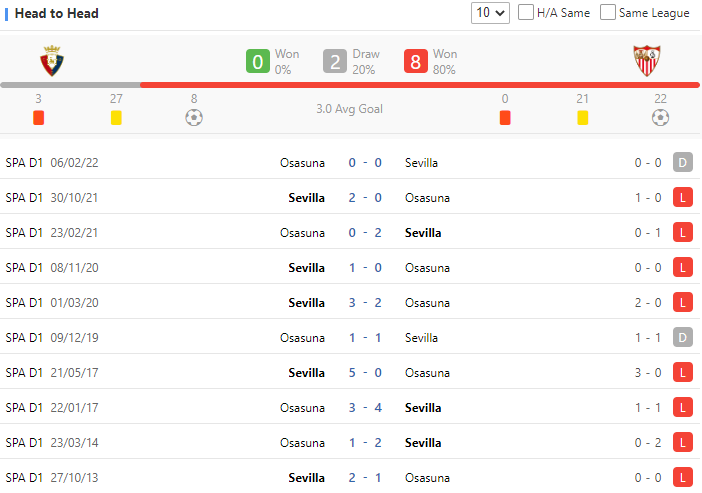 Over the course of 5 of the previous six games involving Sevilla, a comparatively low number of goals have been scored between them and opposing teams. The overall average goals scored per game in that spell comes out as a paltry 2, with the average goals for Sevillistas equalling 1.17. It will be interesting to find out whether or not that trend will be sustained into this next match.

Osasuna have drawn 2 and lost 8 of their last 10 meetings with Sevilla. The 1x2 first odds is 3.30-3.20-2.25, seems lacked of confidence to the home team. Sevilla should take points in this game.